Thousands of Japanese told to leave amid fear of tremors

Thousands of Japanese told to leave amid fear of tremors More than 1,000 people are injured
211 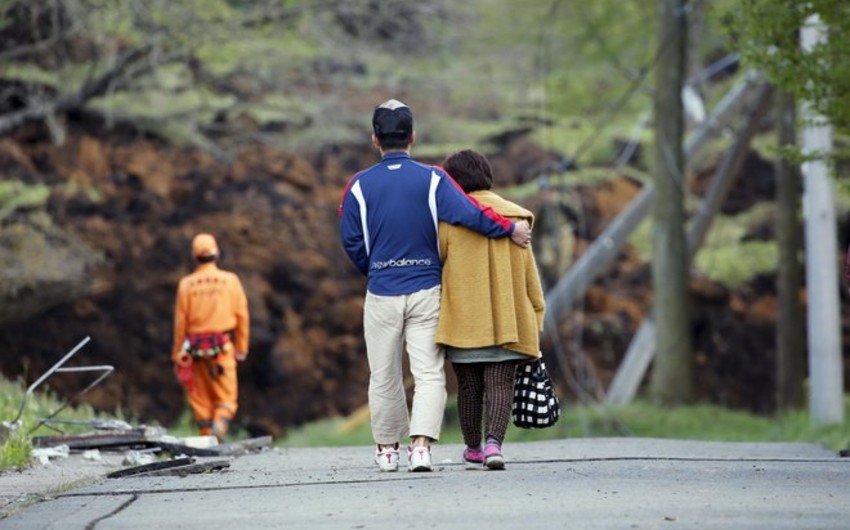 Baku. 18 April. REPORT.AZ/ Nearly 250,000 people have been told to leave their homes amid fears of further quakes in Japan.

Report informs citing BBC, this was said by an aid agency.

Naoki Kokawa, advisor to the Japanese Red Cross Society, informed that more medical teams were being dispatched to evacuation centres.

Japan's meteorological agency has also warned that more tremors are likely to hit in the coming days.

More than 1,000 people are injured and there has been widespread damage to buildings, houses, roads and bridges.

About 30,000 rescue workers are looking for survivors. Police said 11 people are still missing.