State of emergency declared in Chilean capital Due to protests, the metro Santiago will be closed at the weekend. 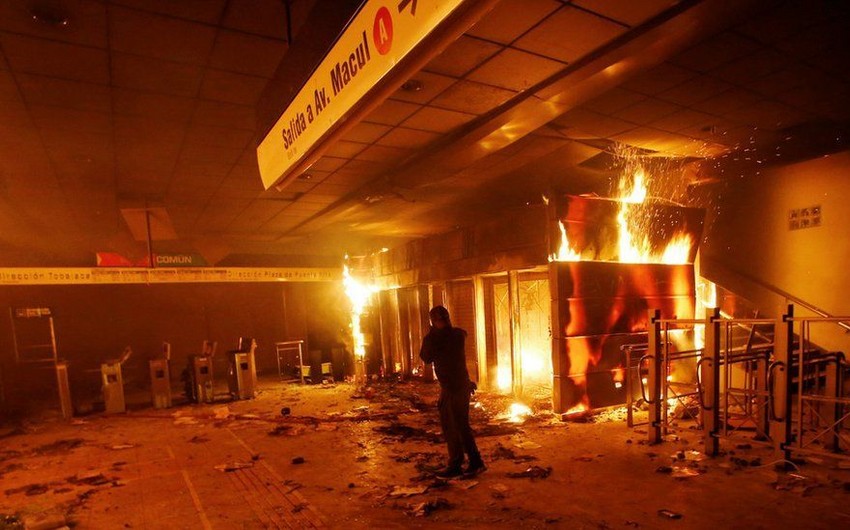 A state of emergency has been declared in the Chilean capital, Santiago, after protests sparked by increased metro ticket prices turned violent, Report informs citing the TASS.

Protesters - many of them high school and university students - jumped turnstiles, attacked several underground stations, started fires and blocked traffic, leaving widespread damage across the city and thousands of commuters without transport.

Speaking on television, President Sebastián Piñera said the aim of the state of emergency was to "ensure public order and the safety of public and private property". The measure allows authorities to restrict people's freedom of movement and their right to assembly.

Earlier this month, the government increased fares by as much as $1.17 for a journey during peak hours, blaming higher energy costs and a weaker peso.

Due to protests, the metro Santiago will be closed at the weekend.