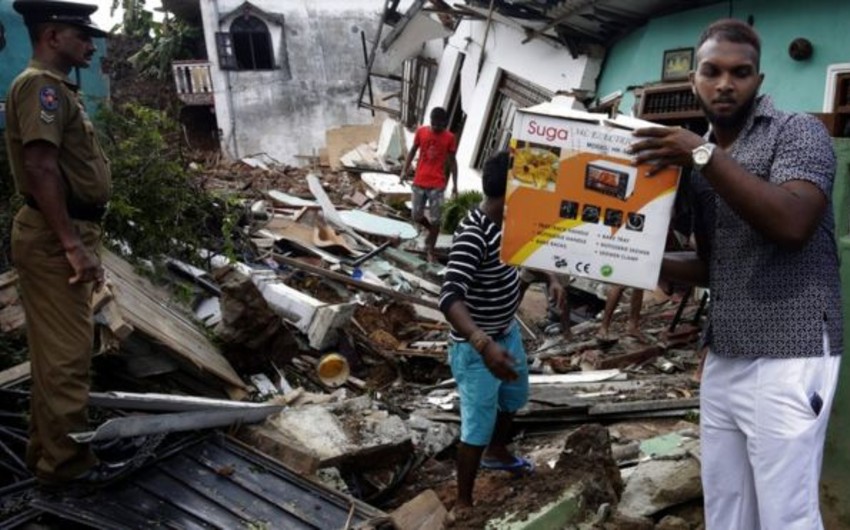 Baku. 15 April. REPORT.AZ/ At least 16 people, including four children, have died after a huge rubbish dump collapsed on to their homes in Sri Lanka.

Report informs citing the BBC, the 300ft-high (91m) pile of rotting debris had shifted after floods and a fire then collapsed on Friday.

At least 40 homes on the edge of the dump were destroyed, with four children aged between 11 and 15 killed.

There had been concerns over the safety of the site in Colombo, with residents demanding it be cleared.

The AFP news agency said about 800 tonnes of waste were added to the Meethotamulla dump every day, and that the government had planned to remove it.

"We heard a massive sound. It was like thunder," one resident, Kularathna, told the Reuters news agency. "Tiles in our house got cracked. Black water started coming in."

Emergency officials told the BBC that up to 20 people may remain buried in their houses, with the Sri Lankan army now co-ordinating the recovery.

Notably, in the area where the collapse occurred, poor families live.