Representative of UN Secretary-General arrived in Aleppo to establish a local truce Syrian city badly damaged, and the population in need of humanitarian assistance
1215 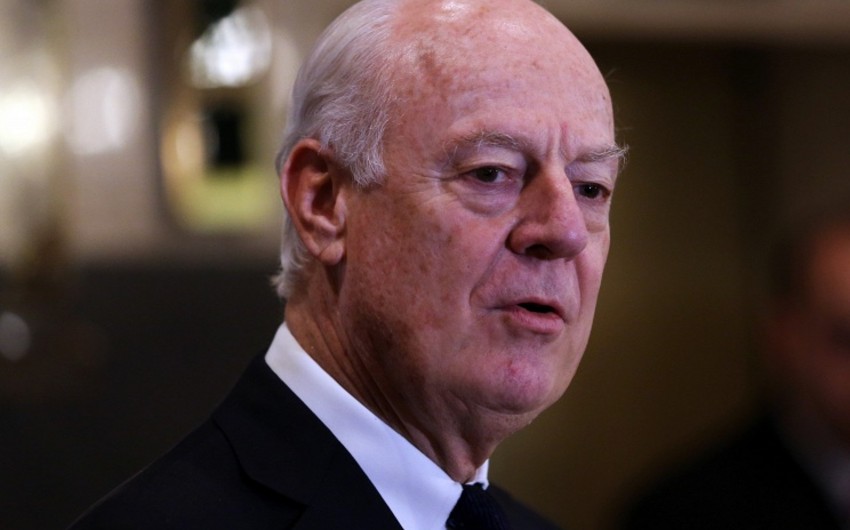 Baku.3 March. REPORT.AZ/ Special Representative of the UN Secretary General, Staffan de Mistura, arrived in the Syrian city of Aleppo, where it is planned to establish a local truce between government forces and rebels. Report informs citing the TASS, entered in one of the neighborhoods of the city, then it should be extended to the whole metropolis.

Aleppo (360 km north of Damascus), which is considered the commercial and economic capital of Syria, since August 2012 split into two parts: its western districts protects the Syrian army, oriental - are controlled by two dozen armed groups.

The city was badly damaged, and the purpose of the visit of the Italian diplomat is an attempt to suspend military operations in the city, as soon as possible to provide humanitarian assistance to the population.