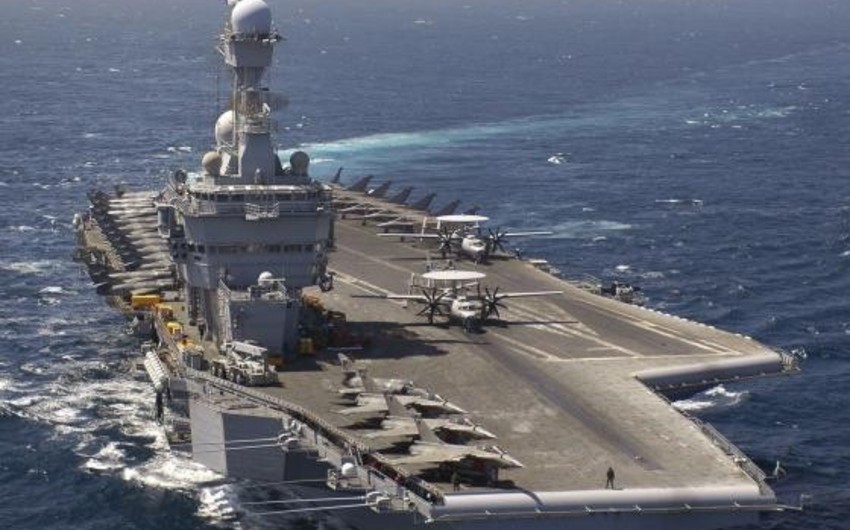 Baku. 19 December. REPORT.AZ/ US Defense Secretary Ashton Carter on Saturday visited France's Charles de Gaulle aircraft carrier in the Gulf where it is being used to launch strikes on ISIS targets in Syria and Iraq, Report informs citing the TASS the French defence ministry said.

It was the first visit by a US Pentagon chief to the French flagship aircraft carrier, which is at the heart of a stepped-up air campaign against the jihadists in Syria and Iraq.

Carter, who visited Afghanistan on Friday and will fly to Moscow on Sunday for talks on Syria, was greeted on the deck by France's junior minister for veterans, Jean-Marc Todeschini.