Beirut blast killed 100, injured over 4,000 Officials did not say what caused the blaze that set off the blast 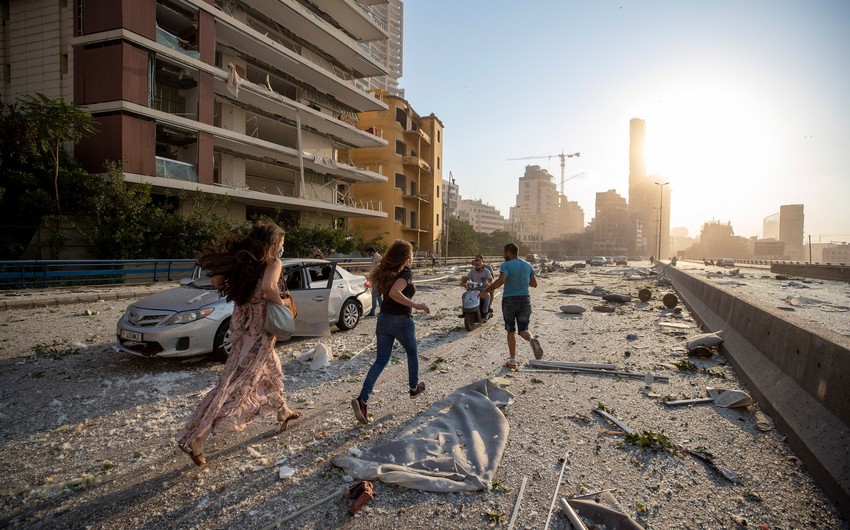 A massive blast at Beirut port that devastated the city's entire neighborhoods has killed more than 100 people and injured over 4,000, the Lebanese Red Cross said Wednesday.
"Until now, over 4,000 people have been injured, and over 100 have lost their lives. Our teams are still conducting search and rescue operations in the surrounding areas," the Red Cross statement said.

Tuesday's blast at port warehouses storing highly explosive material was the most powerful in years in Beirut, already reeling from an economic crisis and a surge in coronavirus infections.
George Kettaneh told LBCI TV by telephone that the Red Cross was coordinating with the health ministry for morgues to take victims because hospitals were overwhelmed.
President Michel Aoun said that 2,750 tonnes of ammonium nitrate, used in fertilizers and bombs, had been stored for six years at the port without safety measures. He said that was "unacceptable."

He called for an emergency cabinet meeting on Wednesday.

Officials did not say what caused the blaze that set off the blast. A security source and local media said it was started by welding work being carried out on a hole in the warehouse.

"What we are witnessing is a huge catastrophe," the head of Lebanon's Red Cross George Kettani told a local broadcaster. "There are victims and casualties everywhere."

Hours after the blast, which struck shortly after 6 p.m. (1500 GMT), a fire still blazed in the port district, casting an orange glow across the night sky as helicopters hovered and ambulance sirens sounded across the capital.
Thirteen hours after the blast, smoke was billowing from the port, where towering grain silos had been shattered.