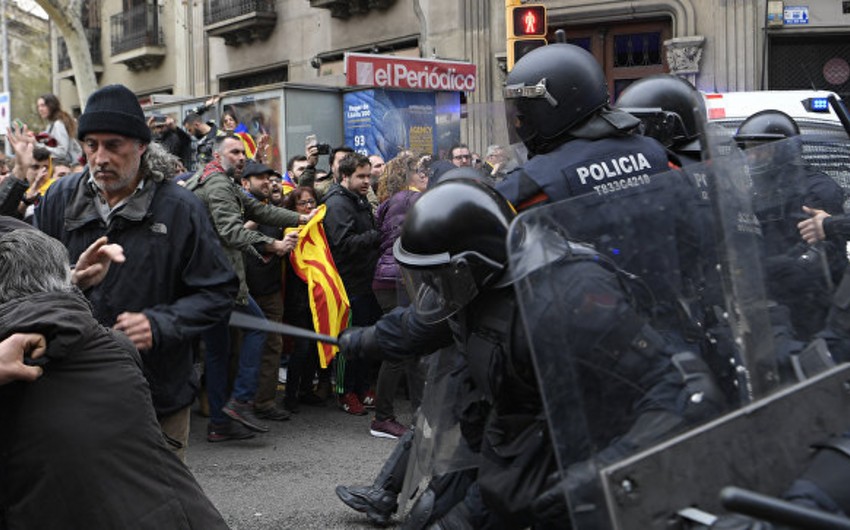 Yesterday, the numerous protests began in Germany after the detention of the former chairman of the Catalan government Carles Puigdemont, near the building of the Spanish government office in Catalonia, the German consulate in Barcelona, as well as the buildings of the Spanish government offices in Tarragona, Lleida and Girona. The initiators of the protests were the public organizations "Catalan National Assembly" and Omnium Cultural.

Today Puchdemon, who was detained in Germany yesterday in virtue of European arrest warrant, will give evidence in the court of Schleswig-Holstein. Currently, he is in prison in the city of Neumünster.