​More than 55 people died and 25 injured in a major road accident in southern Pakistan Injured in the crash were urgently hospitalized, the state of three of them evaluated by doctors as critical 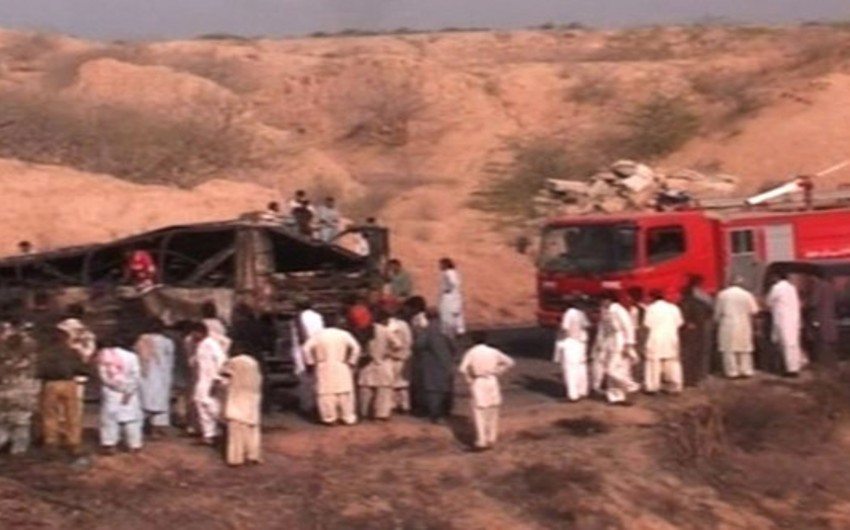 Baku. 11 November. REPORT.AZ/ Not less than 56 people, including women and children died and 25 were injured in a major road accident in Sindh province in southern Pakistan, Report informs citing ITAR-TASS.

According to available information, the tragedy occurred in the district of Sukkur on the bypass highway Teri. The tourist bus was on its route from the Swat District of Khyber Pakhtunkhwa to the city of Karachi (Sindh administrative center). The bus driver tried to overtake on a narrow stretch of road and lost control due to exceeding speed. As a result, the bus collided with a heavy vehicle truck and flipped over. Passengers injured in the crash were urgently hospitalized, the state of three of them evaluated by doctors as critical.

Pakistani President Mamnuna Hussain brought his condolences to the families of bereaved and demanded from the local traffic police to conduct a thorough investigation of the causes of the tragedy.