Media: Turkey will establish military base in Iraq

Media: Turkey will establish military base in Iraq The agreement between the leader of Iraqi Kurdistan and the Minister of Foreign Affairs of Turkey of that time signed on November 4 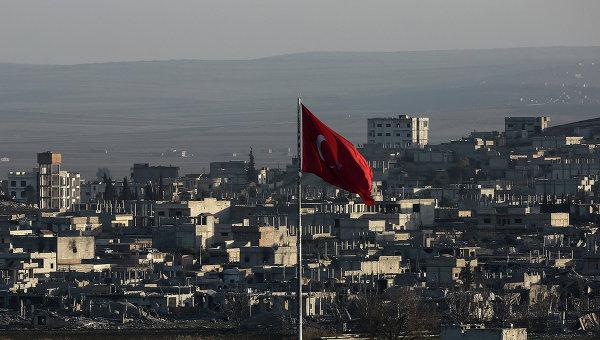 Baku. 5 December. REPORT.AZ/ Turkey will establish a permanent military base in Ba`shiqah region near the Iraqi province of Mosul. Report informs referring to Hurriyet Daily News.

According to the publication, agreement on the placement of the base was signed between the Iraqi Kurdistan leader Massoud Barzani and Turkish Foreign Minister of that time Feridun Sinirlioglu on November 4, in northern Iraq.

Currently, scandal erupted between Turkey and Iraq in the background of sending more than a hundred Turkish soldiers in Mosul province for training of Iraqi Kurds without the approval of the Iraqi leadership.