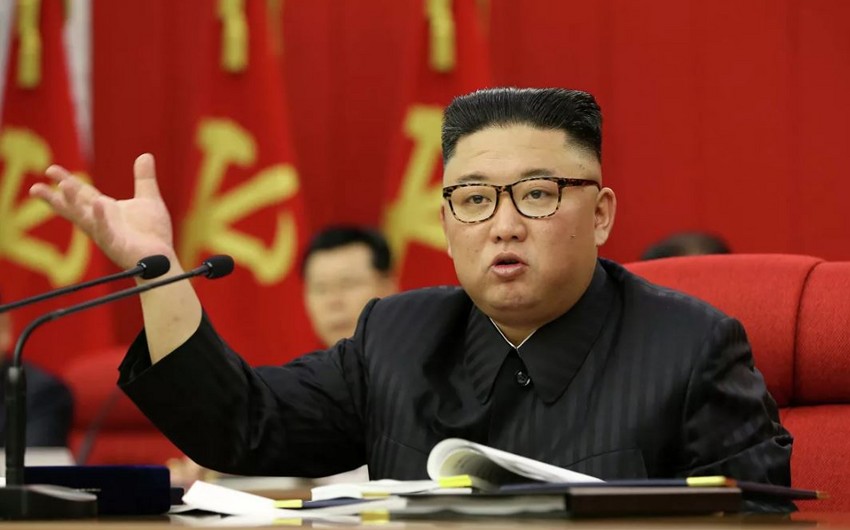 North Korean leader Kim Jong-un has said his country needs to prepare for both "dialogue and confrontation" with the US, and "especially to get fully prepared for confrontation," Report informs referring to BBC.

This marks the first time Kim has directly commented on Biden's administration.

Kim was speaking at a meeting of senior leaders in Pyongyang.

Kim said they needed "especially to get fully prepared for confrontation to protect the dignity of our state and its interests for independent development," as well as to guarantee a peaceful environment and North Korea's security, according to state media outlet KCNA.

He also said North Korea would "sharply and promptly" react to any developments and "concentrate efforts on taking stable control of the situation on the Korean peninsula."

In April, Biden referred to North Korea as a "serious threat" to global security, prompting an angry response from North Korea which said the statement reflected Biden's intent to "keep enforcing the hostile policy" towards the country.

Washington also recently completed a review of its North Korea policy and said that the US would continue to aim for the eventual complete denuclearization of the Korean peninsula.

Biden has promised an approach marked by diplomacy and "stern deterrence."

US State Department spokesperson Jen Psaki said that "our policy will not focus on achieving a grand bargain, nor will it rely on strategic patience."