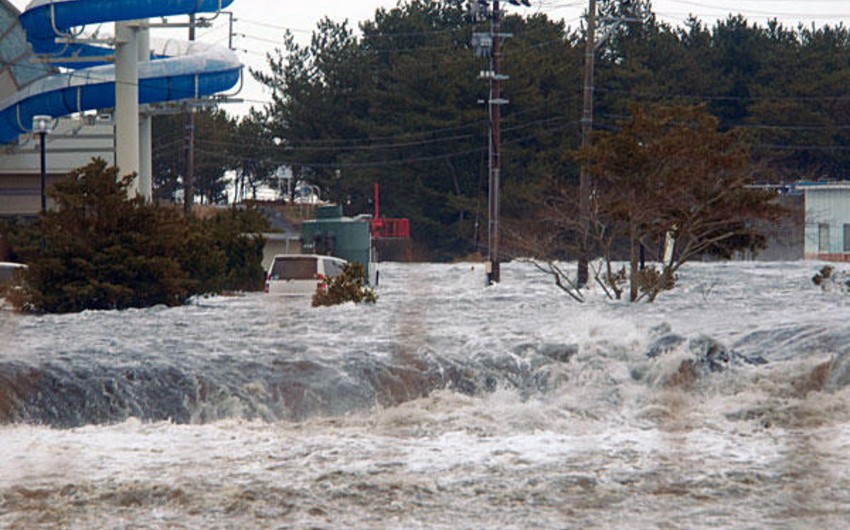 Baku. 10 September. REPORT.AZ/ Rescuers in helicopter began to evacuate 80 residents of Joso Ibaraki Prefecture in eastern Japan, who trapped in their homes as a result of the flood after heavy rains that brought by cyclone "Kilo", Report informs citing RIA Novosti.

Most of the houses are flooded almost to the second floor. People gathered on the terraces and roofs of many flooded houses who are trying to attract the attention of rescuers.

Homes can not be reached due to the rapid flow of the river.

Some of the buildings have been picked up by streams and literally pressed together. The roads, playgrounds, cars, vending machines were completely absorbed by the river.