Indian parties hold protests amid US Secretary of State's visit - PHOTO The news comes amid another deterioration of trade relations between the two countries. 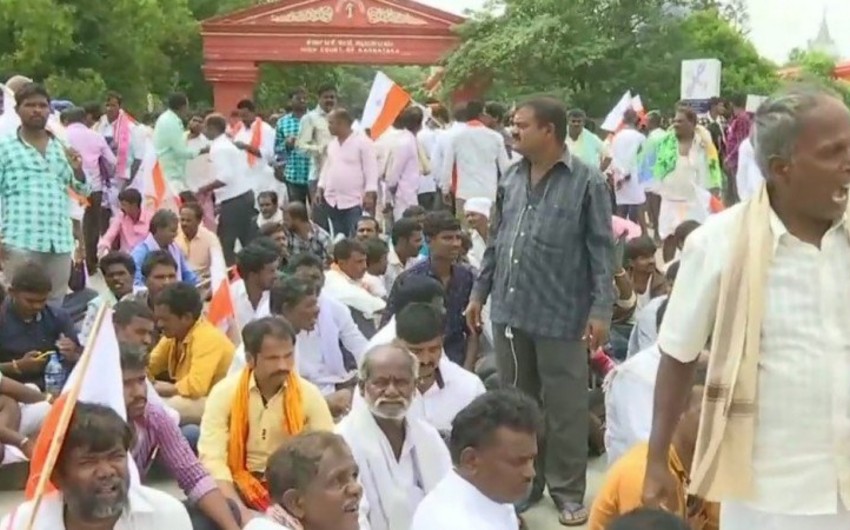 US chief diplomat arrives in India for two days to discuss ties between Washington and New Delhi after the US revoked the Generalized System of Preferences (GSP) earlier this month. Report informs citing the Sputnik.

The news comes amid another deterioration of trade relations between the two countries.

Earlier in June US President Donald Trump which impacted only $240-$250 million of the country’s exports. After the US rejected India’s request to remove duties on steel and aluminium products, New Delhi increased tariffs up to 120% on 28 American goods.