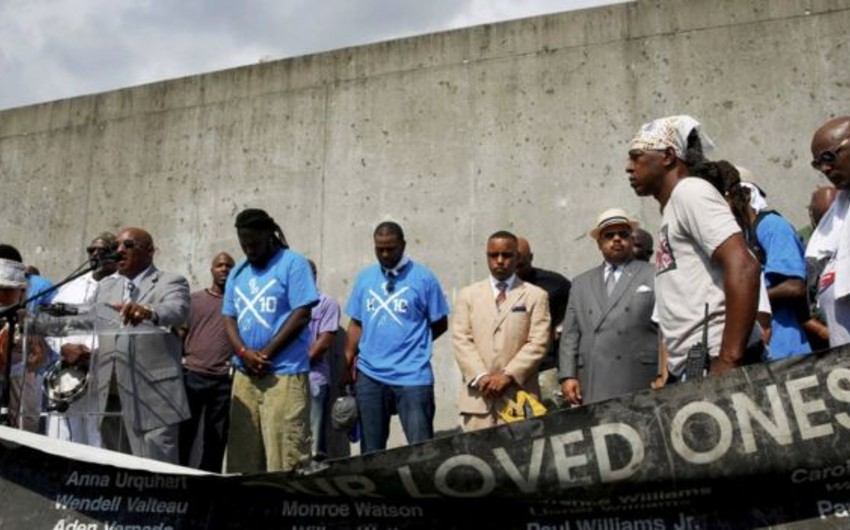 Baku. 30 August REPORT.AZ/ At a memorial service, Mayor Mitch Landrieu recalled how residents had turned to each other for support.

Report informs referring to the BBC,Former President Bill Clinton is attending a concert in the city.

Hurricane Katrina killed nearly 2,000 people and displaced one million. It was the most expensive natural disaster in US history and caused destruction along the Gulf coast.

In New Orleans, the failure of the levee system left about 80% of the city under water.

Mayor Landrieu led a sombre tribute to the 83 unidentified victims whose bodies lie in mausoleums at the city's Hurricane Katrina Memorial.

"Though they are unnamed, they are not unclaimed because we claim them," he said.

"We saved each other," the mayor added. "New Orleans will be unbowed and unbroken."

Residents and community activists also gathered at the levee in the Lower Ninth Ward, where storm waters broke through and flooded the district.