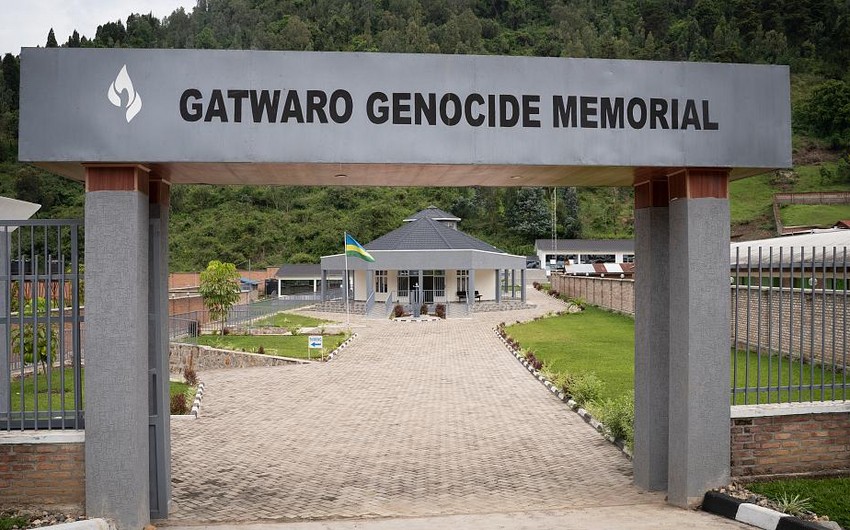 More revealing details have emerged on the 1994 Rwanda genocide linking France to its role by allowing main perpetrators to escape, Report informs referring to .

The agency revealed that a shred of new documentary evidence from official French archives shows that Paris allowed perpetrators to flee while ignoring their own ambassador’s requests to arrest them.

These details were published by the French online outlet Mediapart in a telegram dated July 1994 and accessed by Francois Graner, the French National Research Center (CNRS) research director, who has been studying official archives related to France’s role in the genocide.

The telegram reveals the French army deployed under the UN peacekeeping mission, established a safe humanitarian zone, believed to caution and shield forces behind the planned killing.

According to Mediapart, French diplomat Yannick Gerard, in a telegram on July 15, 1994, from Rwanda, sought instructions from Paris on ‘personalities almost all of which are considered responsible for the massacres’ who had arrived in a refugee camp run by the French military in Gisenyi, on the border with Zaire.

The cable said: 'We have publicly informed them their presence in the area was not desired' and ‘they would be put under house arrest until their surrender to the United Nations.’

In response, Bernard Emie, then-advisor to Foreign Minister Alain Juppe and the current director of the General Directorate for External Security (DGSE), wrote:

"You can use all indirect channels, and especially your African contacts, to convey to these officials (under the control of the French army) that we ask them to leave the Safe Humanitarian Aid Zone without directly disclosing yourself. The international community, and in particular the United Nations, will follow against these so-called authorities. Underline that you can determine the path very soon."

While Rwanda was never a French colony, successive French governments cultivated close ties after its independence in 1962, including training its top military leaders. France also signed military deals with the Hutu strongman president Juvenal Habyarimana, whose death in 1994 sparked the massacres.

Against the backdrop of these ties, several genocide suspects have sought refuge in France. Rwanda has made 48 extradition requests to France, more than to any other European country.

But France’s highest court has consistently opposed the extradition to Rwanda of suspects accused by Kigali of genocide because the crime was not in the Rwandan statute books at the time of the massacre.