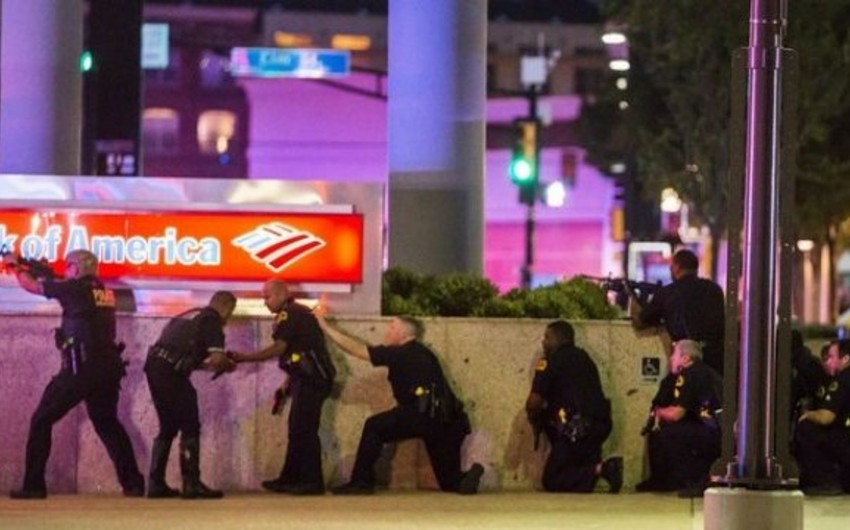 Baku. 8 July. REPORT.AZ/ The number of police officers killed in the shooting in Dallas, has reached 5.

Report informs, it was stated by representatives of the city authorities.

Four police officers were killed during the protests in the US city of Dallas.

Report informs citing the Euronews, at least 11 more were injured.

During the last few days the most major US cities, including Dallas have been holding mass demonstrations. The reason for them were two resonant murders of African American by the police. People have been protesting against the excessive brutality of law enforcement and the need to punish those responsible.