February 26 declared Day of Remembrance of Khojaly victims in US Skokie "Mayor of Skokie, Illinois, USA - George Van Dusen signed a declaration on the 29th anniversary of the Khojaly massacre," Farid Mammadov, President of the Azerbaijan Center for the Midwest (ACMA), said. 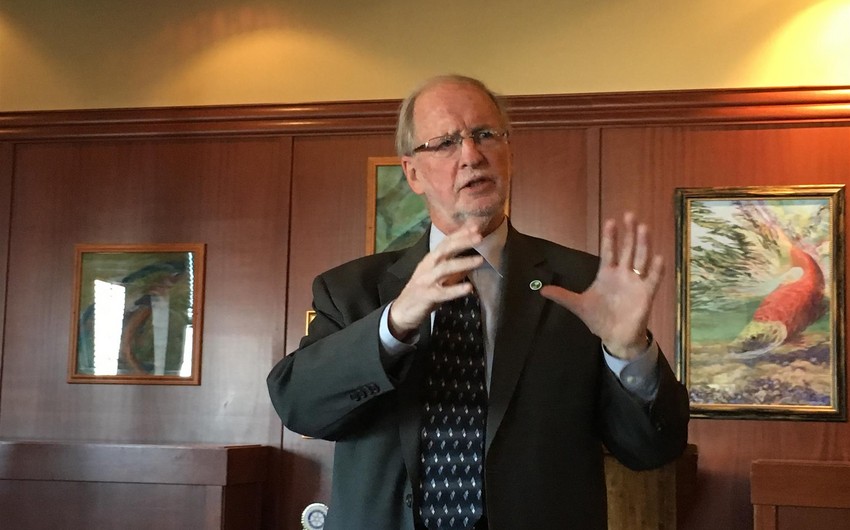 "Mayor of Skokie, Illinois, USA - George Van Dusen signed a declaration on the 29th anniversary of the Khojaly massacre," said Farid Mammadov, President of the Azerbaijan Center for the Midwest (ACMA).

According to Report's local bureau, Mammadov said the declaration addressed to the Azerbaijani community of Illinois states that on the night of February 26, the Armenian armed forces with the help of the 366th motorized infantry regiment of the former Soviet army shed blood in Khojaly as part of aggression against Azerbaijan and the policy of ethnic cleansing.

Civilians trying to leave the occupied city were massacred. As a result of this tragedy, 613 people, including 106 women, 63 children, and 70 elderly Armenian service members were killed. Some experts call the Khojaly tragedy 'Azerbaijan's Srebrenica.'

The document also emphasizes that in 1993, the UN Security Council adopted resolutions numbered 822, 853, 874, and 884, demanding the immediate and unconditional withdrawal of the Armenian armed forces from the occupied territories of Azerbaijan. The support of the UN General Assembly, the European Parliament, PACE, OSCE, the State Department, and the US White House for Azerbaijan's territorial integrity is particularly emphasized.

The declaration notes that taking into account all these facts, Skokie Mayor George Van Dusen, declared February 26, 2020, in the city as the day of remembrance of the victims of the Khojaly genocide.