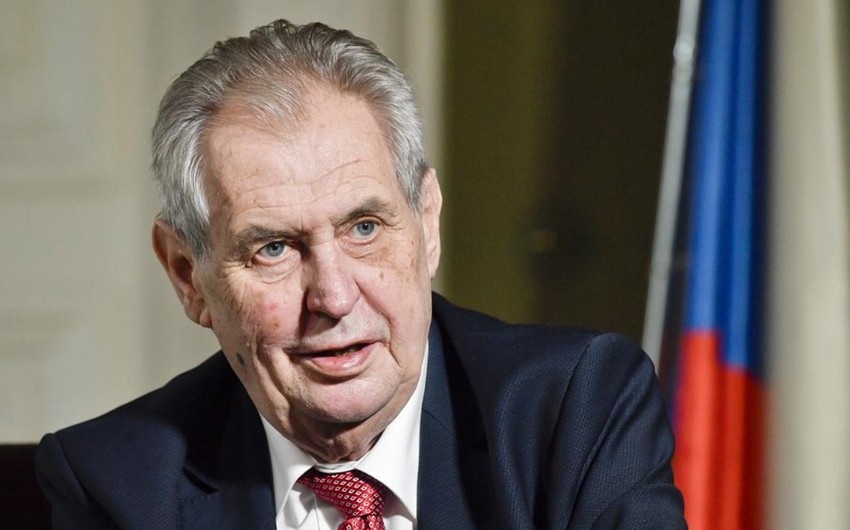 Czech President Milos Zeman has been admitted to the Central Military Hospital in Prague, Report informs referring to TASS.

Zeman arrived at the hospital shortly after 11:00 (local time). His wife Ivana also came there.

Zeman, 76, suffers from leg neuropathy. The president complains of poor hearing and low blood pressure. At the same time, he was previously observed by doctors for diabetes.

Since last weekend, Zeman’s predecessor as president of the Czech Republic, Vaclav Klaus, has also been at the Central Military Hospital in Prague. He was hospitalized with a sharp rise in blood pressure.