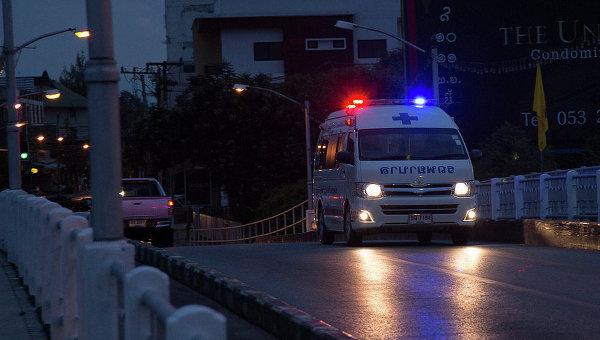 Baku. 12 November. REPORT.AZ/ A bomb blast at a village checkpoint in Thailand's deep south killed four people and wounded four others, police said on Friday, in the latest deadly attack to strike the insurgency-plagued region, Report informs referring to Reuters.

The bomb exploded late Thursday evening in Khok Pho district of Pattani, one of three Muslim dominated provinces where insurgents are fighting for greater autonomy.

Police Colonel Tanongsak Wansupha, commander of Pattani police, said the bomb was planted by insurgents, though, as with most attacks in the region, there was no claim of responsibility.

"The culprits placed a bomb under a chair at the checkpoint killing four people," said Tanongsak.

"This attack was to disrupt stir unrest."

Since 2004, more than 6,500 people have been killed in the sporadic violence in Yala, Pattani and Narathiwat, all provinces bordering Malaysia.