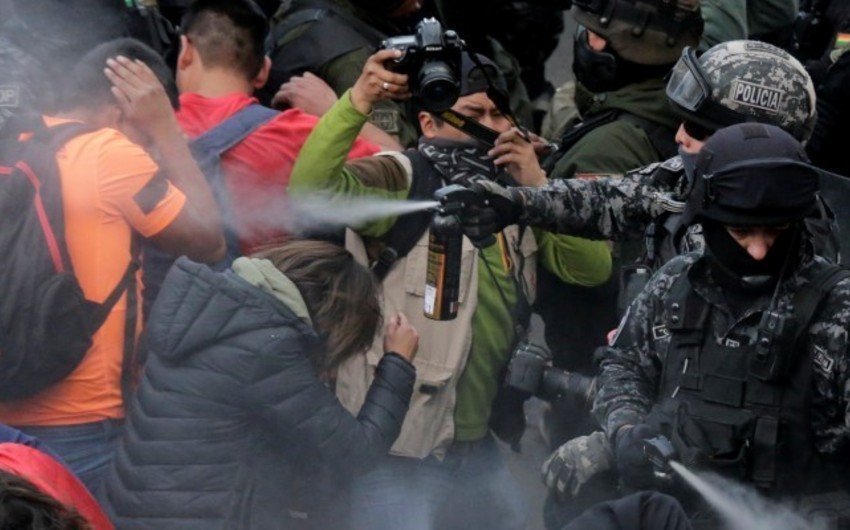 Riots, in which participants accused the authorities of fraud in the presidential election, occurred this night in a number of cities in Bolivia, reports Report citing "Interfax".

Arson, looting and vandalism were recorded in the cities of La Paz, Riberalta, Yacuiba, Tarija, and Pando. A large part of these cities are located in the wealthier plains in the east of the country.

In particular, in Riberalta, protesters toppled a monument to former Venezuelan President Hugo Chavez and burned materials of the Election Commission in Tarija.

Rector of the "San Andres University Waldo Albarracin suffered in the clashes in La Paz. He was hospitalized with head trauma.

The unrest began after the Election Commission, without counting all the ballots, announced that the second round of elections, which was initially reported, may not be necessary.

At present, 95.3% of the votes have been counted. Candidate of the Movement towards Socialism, current President of the country Evo Morales Ayma led with 46.86%, leaving his closest rival candidate, former Bolivian President Carlos Mesa, in the second place with 36.72%.