Biden says he intends to run for second term

Biden says he intends to run for second term US President Joe Biden and members of his inner circle have reassured allies in recent days that he plans to run for reelection in 2024. 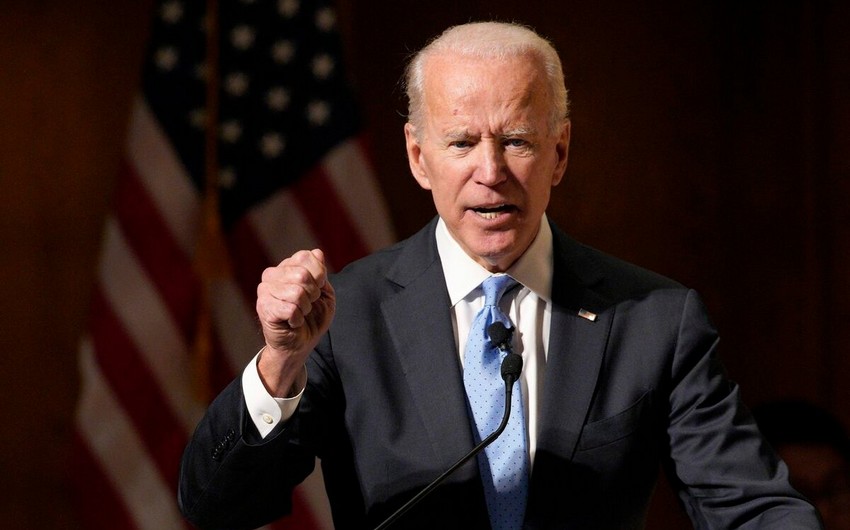 US President Joe Biden and members of his inner circle have reassured allies in recent days that he plans to run for reelection in 2024, as they take steps to deflect concern about the 79-year-old president’s commitment to another campaign and growing Democratic fears of a coming Republican return to power, Report informs via the .

The efforts come as the broader Democratic community has become increasingly anxious after a bruising six-month stretch that has seen Biden’s national approval rating plummet more than a dozen points, into the low 40s, amid growing concerns about inflation, Democratic infighting in Washington and faltering public health efforts to move beyond the COVID-19 pandemic.

The message is aimed in part at tamping down the assumption among many Democrats that Biden may not seek reelection given his age and waning popularity, while also effectively freezing the field for Vice President Harris and other potential presidential hopefuls.

“The only thing I’ve heard him say is he’s planning on running again,” said former senator Chris Dodd, a Biden friend. “And I’m glad he is.”

At a virtual fundraiser this month, Biden told a small group of donors that he plans to seek a second term, underscoring the message he gave the nation in March at his first White House news conference before cautioning that he had “never been able to plan 3½, four years ahead, for certain.”