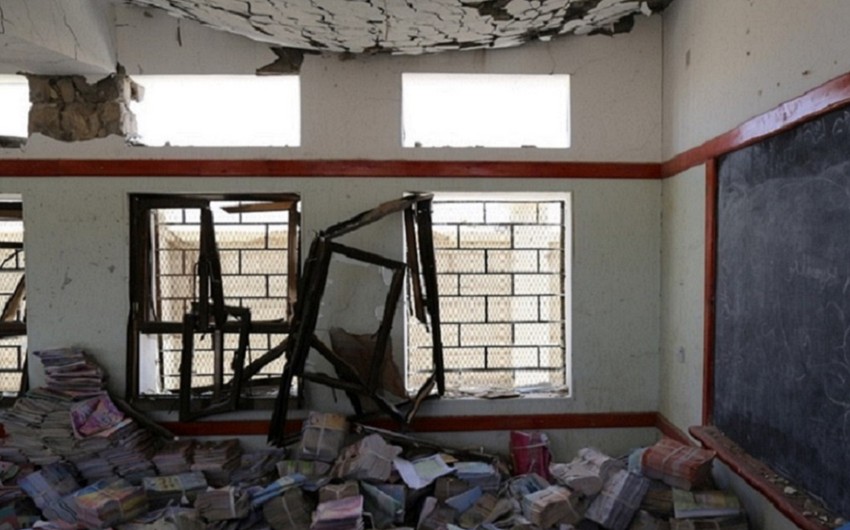 Baku. 16 August. REPORT.AZ/ United Nations  Ban Ki-moon has condemned the attack, reportedly an airstrike, on a school in northern Yemen that killed at least 10 children and injured many more over the weekend.

Report informs referring to the UN website Mr. Ban called for a swift investigation of this tragic event in the Sa'ada governorate and urges the parties to the ongoing conflict to take all necessary measures to prevent further violations of international humanitarian law and human rights and do everything in their power to protect civilians and civilian infrastructure, the statement said.

Aircraft bombed a school in the village of Jumaat bin Fadel in the province of Saada on August 13. UN Children's Fund (UNICEF) reported that the children killed, aged between six and 14 years.