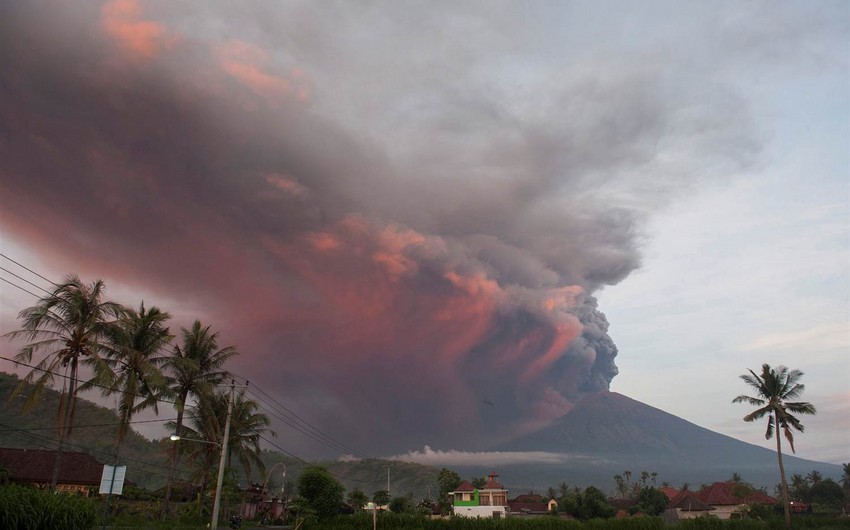 Baku. 30 November. REPORT.AZ/ Bali governor has extended a state of emergency on the popular resort island to December 10.

Report informs citing the TASS, governor I Made Mangku Pastika stated that it braces for what could be a major eruption of Mount Agung volcano in the days ahead.

Ash fall from the volcano has affected operations at the airport in neighbouring Lombok, which will be closed until Friday.

Indonesia's National Disaster Mitigation Agency spokesman Sutopo Nugroho said on Thursday that volcanic activity continues at Mount Agung, erupting with thick ash up to a height of 2,000 m and creating a hazardous radius of up to 10 km from the peak of the crater.

More than 43,000 residents near the volcano in Karangasem regency in east Bali where Mount Agung lies, have been evacuated as of Thursday, three days after the alert status on the island was raised.