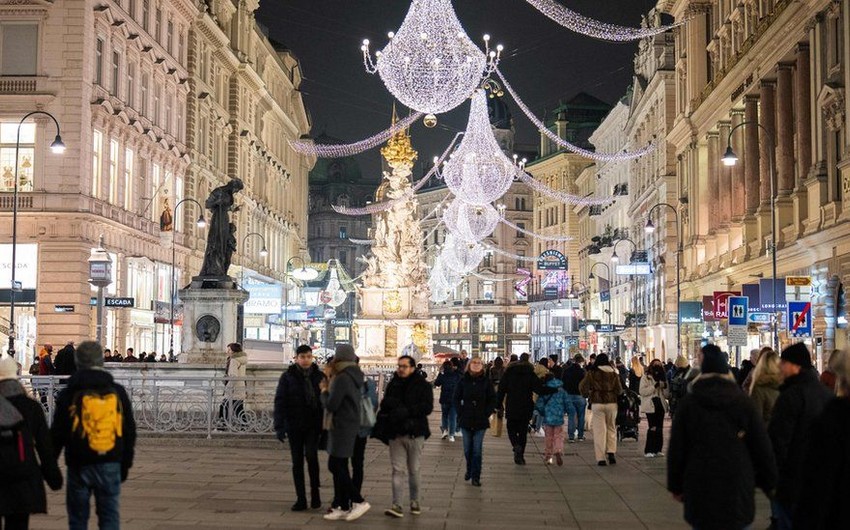 Austria will end its lockdown for unvaccinated residents on January 31 - one day before a COVID-19 vaccine mandate takes effect in the country, the government announced January 26, Report informs referring to AP.

Austrian Chancellor Karl Nehammer and Health Minister Wolfgang Mueckstein said the measure, which was introduced in November, was no longer needed because there was no threat of hospital intensive care units being overstretched.

For weeks, the lockdown for the unvaccinated has been “a measure that many people complained about, but that was unavoidable for health policy reasons,” Nehammer said.

On February 1, a COVID-19 vaccine mandate for adults - the first of its kind in Europe - will take effect in the small Alpine country. Officials have said the mandate is necessary because vaccination rates remain too low. They say it will ensure that Austria’s hospitals are not overwhelmed with COVID-19 patients. So far, 75.4% of the country’s residents have been fully vaccinated.

Once the mandate goes into effect, authorities will write to every household to inform them of the new rules.

From mid-March, police will start checking people’s vaccination status during routine checks; people who can’t produce proof of vaccination will be asked to do so in writing, and will be fined up to 600 euros ($676) if they don’t.

If authorities judge the country’s vaccination progress still to be insufficient, Nehammer said earlier this month, they would then send reminders to people who remain unvaccinated. If even that doesn’t work, people would be sent a vaccination appointment and fined if they don’t keep it. Officials hope they won’t need to use the last measure. Fines could reach 3,600 euros if people contest their punishment and full proceedings are opened.