Ambassador: "We are deeply pained by the death of every human, whether Israeli or Palestinian" 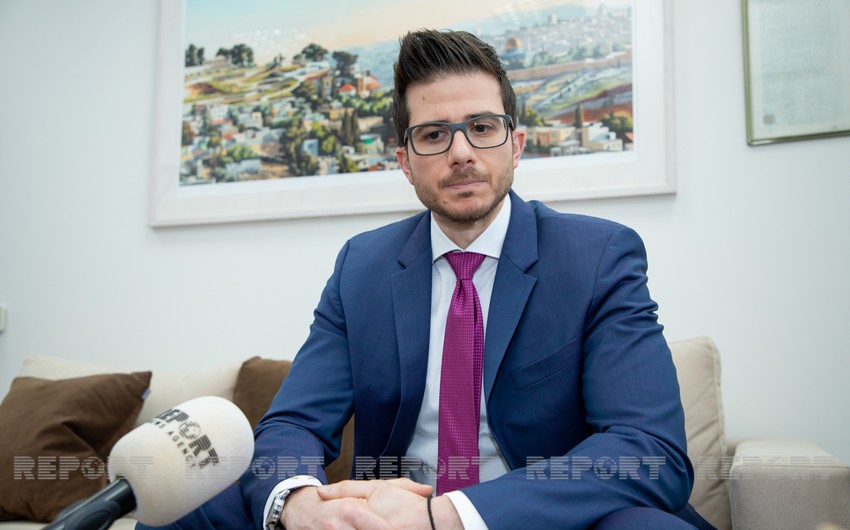 "We are deeply pained by the death of every human, whether Israeli or Palestinian. Every victim matters. Hamas has murdered ten people in Israel, Jews and Arabs. Over the last week, millions of Israeli children, women and men, have been huddling in bomb shelters, while thousands of Hamas rockets landed all around them. Many of these rockets fell inside Gaza, killing Palestinian children," Israeli ambassador to Azerbaijan George Deek told Report, commenting on events around yet another escalation of the Palestine-Israeli conflict.

He said Hamas has built underground terror tunnels in Gaza beneath playgrounds, maternity wards and mosques, and hid its rockets in schools and houses, with the clear goal of increasing the number of Palestinian civilian casualties when Israel is forced to respond.

"Israel is responding to indiscriminate attacks with precision, targeted strikes against Hamas terrorists. We take unparalleled steps to prevent civilian casualties. We do what no other country does: making phone calls and sending text messages in order to make sure that everyone gets out beforehand. Tragically, at times, despite all our efforts, Hamas’s use of human shields results in civilians getting hurt," he said.

The diplomat noted that Israel expects the international community to condemn Hamas’s indiscriminate and unprovoked attacks, which threaten Israelis and Palestinians alike.

"We also expect all decent human beings to support Israel’s efforts to defend itself and dismantle Hamas’s infrastructure of terror while doing everything to minimize the number of casualties on both sides. Israelis and Palestinians deserve the chance to live peacefully, side by side. We hope for a future where our children will live together in coexistence and prosperity as neighbors. The first step towards that would be to demilitarization of the Gaza Strip and insisting on an authority in Gaza that invests in the well-being of the people of Gaza, rather than in the destruction of the State of Israel," Ambassador George Deek said.