11 killed by collision of three buses in the state of Mexico Report informs citing the RIA Novosti. 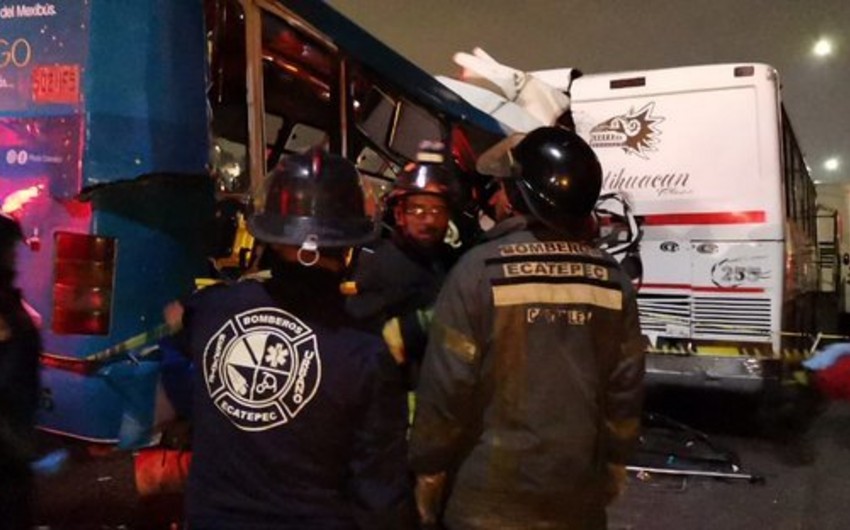 At least 11 people lost their lives and about 25 others suffered injuries on November 18 at night as a result of a collision of three public transport vehicles on the Mexico-Pachuca highway, Report informs citing RIA Novosti.

According to the newspaper Milenio, the accident occurred at around 8:00 p.m. (GMT-6) on kilometer 16 of the highway, in the town of Santa Clara.

Two buses of the Teotihuacanos Autotransportes company and a third, owned by Route 33, collided in the zone of ascent and descent of passage at the stop known as "El Gallito".

The General Coordinator of Civil Protection of the State of Mexico, Luis Felipe Puente, published on his Twitter account that the staff of the entity, together with the fire department Ecatepec, the federal police and the , are working on the scene.

According to preliminary information, one of the Teotihuacanos Autotransportes vehicles was hit by another while picking up a ticket, after which another bus from the public transport service was hit.