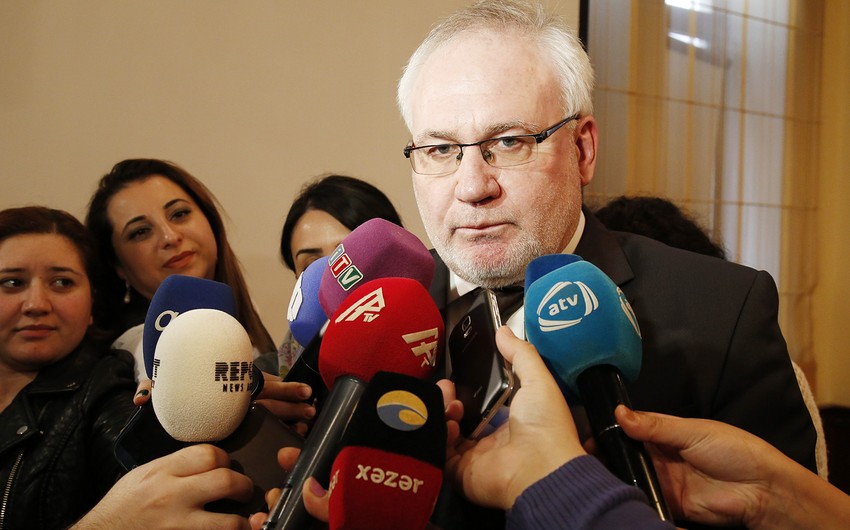 A new meeting of the Foreign Ministers of Azerbaijan and Armenia on the settlement may take place in Bratislava in December, OSCE Minsk Group co-chairs from Russia Igor Popov told journalists in Khankandi.

"With the consent of the Foreign Ministers of the two countries, the meeting can be held in December in Bratislava. If desired, we can organize such a meeting," Popov said.

According to him, the mediators presented the position and vision of the mediators on a number of humanitarian issues, which were discussed with Armenian Prime Minister Nikol Pashinyan and Azerbaijani President at a meeting in Vienna.

"We particularly touched upon the possibility of exchanging journalists (within the framework of mutual visits to Azerbaijan and Armenia - ed.), and issues related to detainees. In this regard, we have a number of ideas around which the work continues. The mediators have recently met with the head of the International Committee of the Red Cross, and this issue was also discussed," the MG co-chair from Russia noted.

Notably, a meeting of the Council of Foreign Ministers of the OSCE countries will be held in Slovak Bratislava on December 5-6.