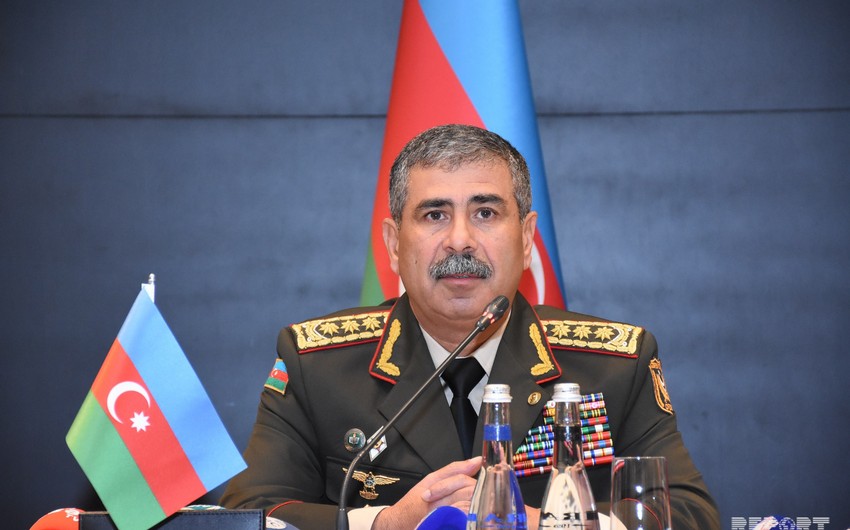 Armenia continues its aggression policy, Minister of Defense of the Republic of Azerbaijan, Colonel General said at the meeting with  the newly appointed Ambassador Extraordinary and Plenipotentiary of the United Kingdom of Great Britain and Northern Ireland James Sharp.

Report informs citing the Defense Ministry that the minister noted that despite the efforts of the Minsk Group co-chairs in the settlement the Armenia-Azerbaijan Nagorno-Karabakh conflict, peaceful negotiations are deliberately delayed by official Yerevan.

Sharp, in turn, stressing that the United Kingdom recognizes the territorial integrity of Azerbaijan and treats it with respect, noted that his country is a supporter of a peaceful solution to the Nagorno-Karabakh conflict, adding that this is also important in terms of the development and security of the South Caucasus.
The British diplomat also emphasized the importance of strengthening joint efforts in the fight against new challenges and threats to regional stability and security, as well as expressed gratitude to Azerbaijan for its active participation in the peacekeeping operations in Afghanistan.