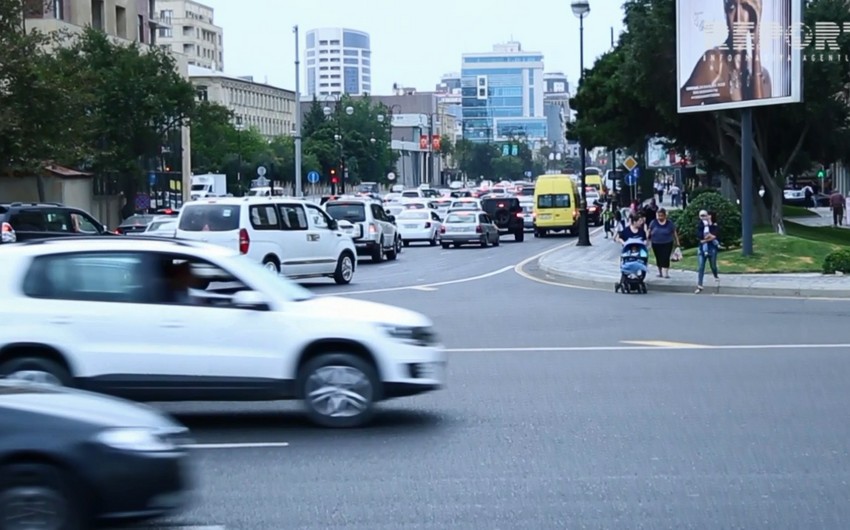 Baku. 18 August. REPORT.AZ/ The lack of pedestrian lines in a number of broad avenues and streets of Baku causes difficulties to people living around, as well as tourists walking in the city.

According to official statistics, the number of traffic accidents where pedestrians were hit, has increased.

One of the dangerous areas is located in the center of Baku, at the end of Neftchiler avenue, at the beginning of Nobel avenue. Due to the lack of a multiple-striped, one-sided pedestrian passage, women, children, as well as tourists visiting the country, have to put their lives at risk to pass to the Seaside Boulevard.

Head of Baku City State Traffic Police Administration, police colonel Vagif Asadov said in a statement to Report that the Traffic Police work on documentation procedures in regard to identifying pedestrian passages on roads: “If citizens also consider that some difficulties have emerged in connection with their movement on roads, and there is a need for pedestrian lines on those roads, pedestrian lines are drawn on the specific areas.”

Vagif Asadov stressed that citizens should appeal to the Traffic Police Administration in this regard. According to him, based on the appeals made by citizens, police officers inspect that area and file an appeal on drawing a pedestrian line there. On the basis of the appeal, in accordance with a decision of the Cabinet of Ministers Traffic Security Commission, a pedestrian line is drawn in that area.