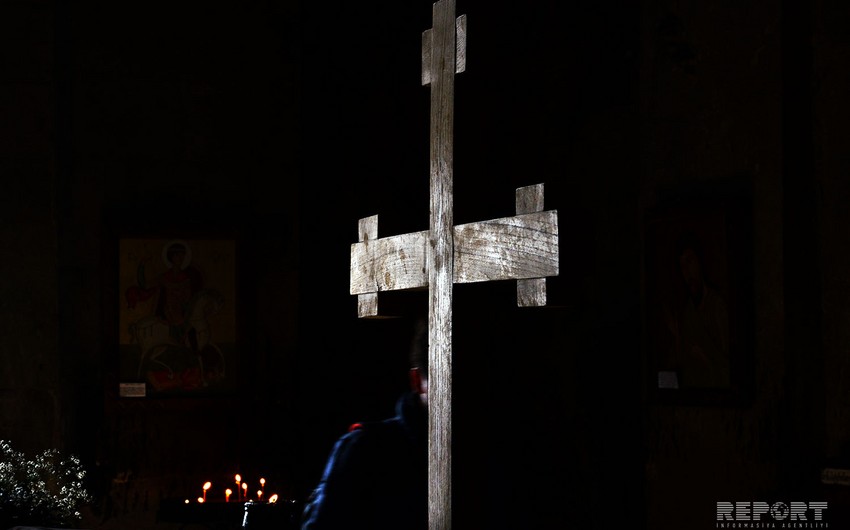 Baku. 23 March. REPORT.AZ/ One of the beautiful towns of Georgia, with breathtaking scenery- Mtskheta is located near the juncture of two rivers - the Kura and Aragvi.

The city stands out among the other cities of Georgia, probably, for its being one of the most religious cities in the country. The people of Mtskheta called it the second Jerusalem because of a number of churches and monasteries.

One of such wonderful sanctuaries is called Jvari Monastery which was built in the early days of Christianity in Georgia (in 523 AD). The monastery is situated on the top of a mountain, with a magnificent view of the Mtskheta and Aragvi flowing into the Kura. A great Lermontov specially wrote about these places.

Today the temple is included in the UNESCO World Heritage List and protected by the state. Ancient and modern icons of St. Nino and George attract attention.

Jvari Monastery is a main tourist routes stop in Georgia.