Konul Nurullayeva: 'Targeting of peaceful population by Armenian troops should be strongly condemned'

Konul Nurullayeva: 'Targeting of peaceful population by Armenian troops should be strongly condemned' Armenian armed forces are shooting down people's dwelling houses in Dondar Gushchu and Aghdam villages on purpose
103 The shelling attacks in border villages by Armenian armed forces and targeting civilians confirm the terrorist nature. Unfortunately, a civilian, a resident of Aghdam village of Tovuz region, was brutally killed after artillery fire in the direction of Tovuz region.

At the same time, Armenian armed forces are shooting down people's dwelling houses in Dondar Gushchu and Aghdam villages on purpose. One of the enemy's main goals here is to stifle the patriotic spirit of the people and make them leave their homes.

However, the provocative attempts of the enemy are unsuccessful as usual. Our people are not only leaving their homes but, on the contrary, stand ready to support our soldiers. Targeting the Azerbaijani civilian population by Armenia and the firing from heavy weapons is a clear manifestation of vandalism.

Despite the peace talks on the settlement of the Armenia-Azerbaijan conflict, the enemy is grossly violating the talks' format. Armenian armed forces kill civil persons and even do not refrain from firing on the OSCE monitoring group, which periodically observes the line of contact. That is to say, Armenia is behaving more like a terrorist organization.

Earlier, Armenians fired our settlements continuously from heavy weapons. As a result, our civilians were killed, including very young children. As a consequence of these vandalism acts by Armenia, people's farms, properties, and infrastructure of their living accommodations have been continuously severely damaged.

We call on the international community, especially the OSCE Minsk Group co-chairs, to show a robust response to this case. The targeting of the peaceful Azerbaijani population by the Armenian military units should be strongly condemned. 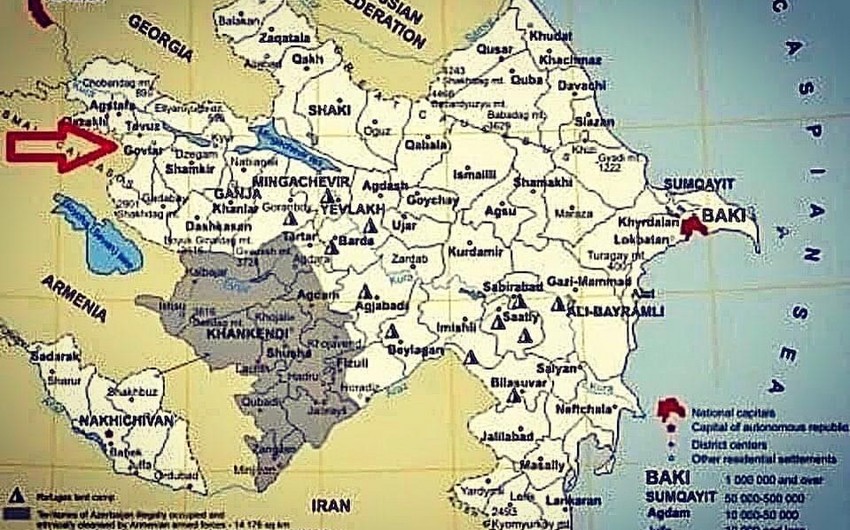