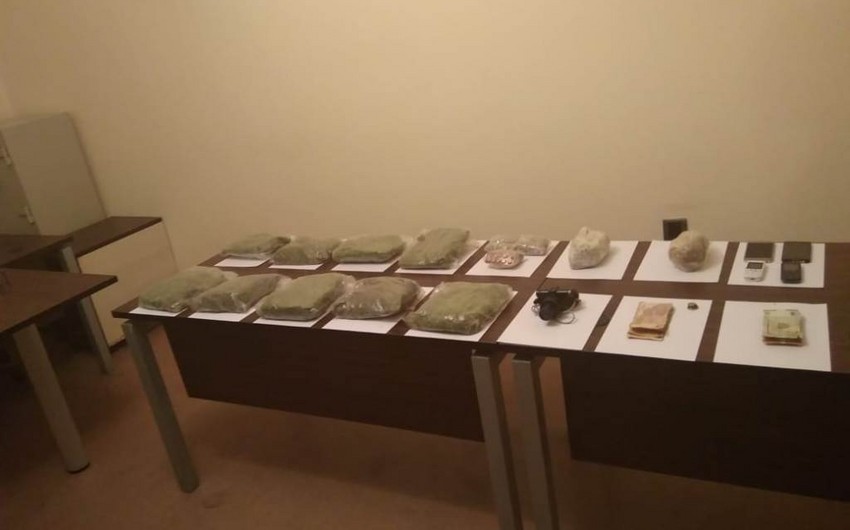 Drug trafficking to Azerbaijan has been prevented as a result of operational and search activities and measures by Azerbaijan's State Border Service (SBS) to protect the state border.

Report informs citing the press service of SBS that on March 22, the border troops in frontier post of Fuzuli district, Boyuk Bahmanli village have received a signal on the violation of the state border.

As a result of complex operational and search actions carried out jointly with Fuzuli District Department of the Ministry of Internal Affairs on March 23 at 07:00 4 persons were detained on Horadiz-Baku highway. They are Khayrabadi Sajjad Gurban (born in 1993), two Azerbaijani citizens, Ilyasov Zohrab Sharafeddin (born in 1989), Aliyev Togrul Isa (born in 1992). Another Iranian citizen, Jafari Farhad Nazi, was detained as a result of the search operations carried out by the State Border Service officers. During the inspection, a total of 3 kg 995 grams of drugs were found.

Investigation is underway on this fact.