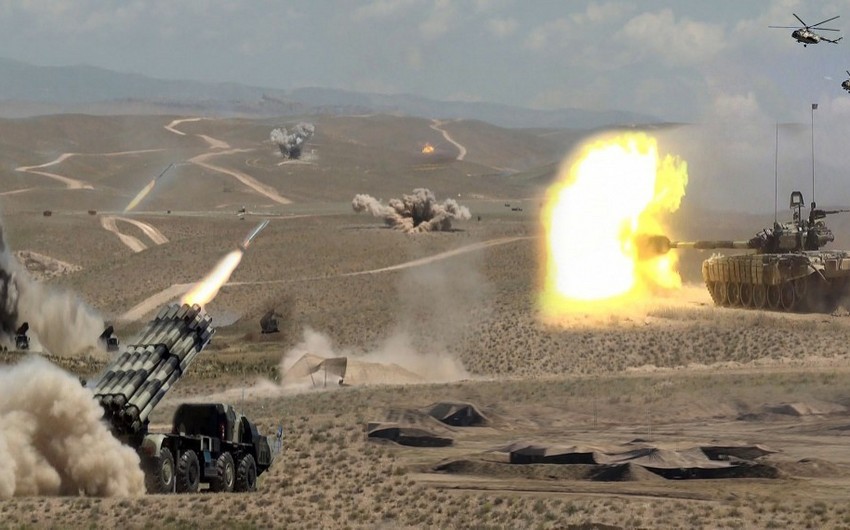 Baku. 26 February. REPORT.AZ/ The troops of the Nakhchivan garrison held the first command and staff exercises for the 2019 training year, Report informs citing the Defense Ministry of Azerbaijan. During the command and staff exercises, the troops of the Nakhchivan garrison carried out joint actions to prevent cases of violation of the state border.

Joint actions were worked out to repel real and potential threats at the state border, suppress the activities of terrorists and illegal migrants, and protect the population and property in the frontier zone.

As a result of joint activities of the Combined Arms Army, the Border Division Nakhchivan, the Operational Brigade Nakhchivan of the Interior Troops, the , the State Security Service, local law enforcement agencies and the executive authorities of the Nakhchivan Autonomous Republic, all goals were fully achieved.