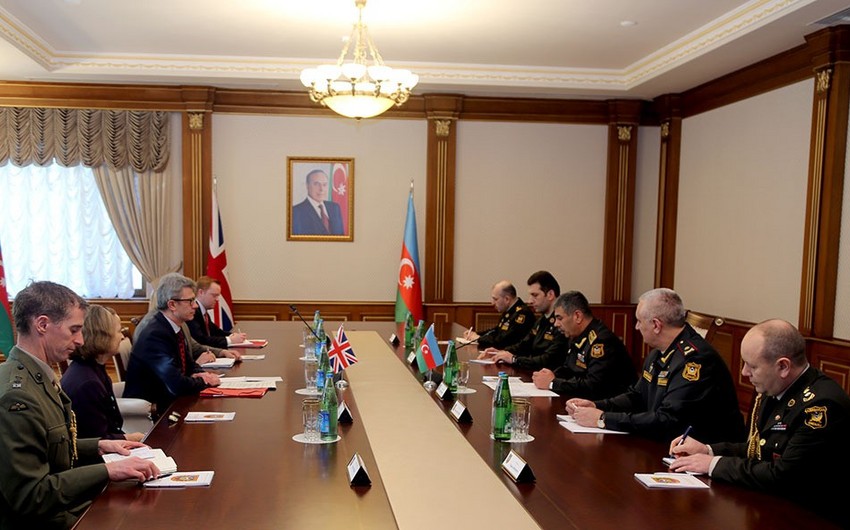 Baku. 7 March. REPORT.AZ/ On March 6, the Minister of Defense of the Republic of Azerbaijan, Colonel General Zakir Hasanov met with the delegation led by Nick Gurr, Director for International Security Policy of the of the United Kingdom of Great Britain and Northern Ireland, Report informs citing the press service of the Defense Ministry.

A wide exchange of views on cooperation in the military, military-technical and military-educational spheres was held during the meeting, the main topic of which was a discussion of the holding of regular staff talks between the Ministries of Defense of Azerbaijan and Great Britain.

Touching upon the military-political situation in the region, Colonel General Z. Hasanov brought to the attention of guests that the Armenia-Azerbaijan Nagorno-Karabakh conflict poses a serious threat to regional stability, adding that the conflict must be resolved within the territorial integrity of Azerbaijan and on the basis of the norms of international law.

The guest highly appreciated Azerbaijan's participation in the peacekeeping mission in Afghanistan and stressed that the United Kingdom is interested in strengthening military relations with Azerbaijan.

N.Gurr emphasized that the UK recognizes the territorial integrity and sovereignty of Azerbaijan. He added that his country is a supporter of resolving the Nagorno-Karabakh conflict on the basis of relevant resolutions of the UN Security Council, within the framework of the norms and principles of international law.

During the meeting, aspects of regional, maritime, energy security, as well as the joint fight against terrorism and other issues were also discussed. 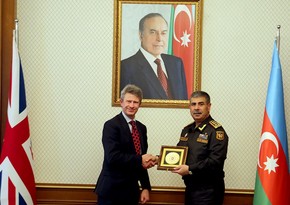