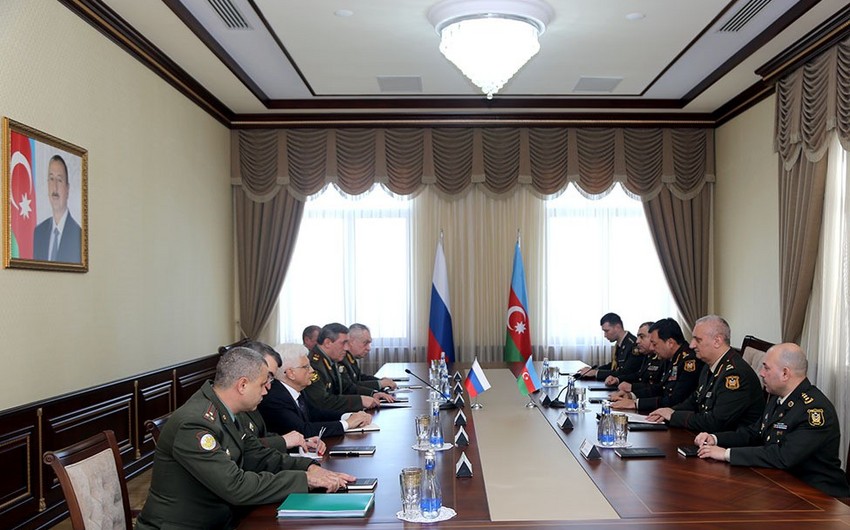 Colonel General N.Sadikov having greeted the guests, noted that cooperation between the two countries is built on friendly relations, mutual trust, and these relations, constantly developing have reached the level of strategic partnership in recent years.

Referring to the military-political situation and security issues in the region, Colonel General N.Sadikov noted that the Nagorno-Karabakh conflict is the main threat to the regional security. The Chief of General Staff stressed the importance of resolving the conflict on the basis of the norms and principles of international law.

General of the Army V.Gerasimov also noted that the relations between our countries have historical roots and Azerbaijan is an important strategic partner of Russia. He also emphasized the importance of organization of mutual meetings between high level military representatives in terms of expansion of bilateral relations, as well as military and military-technical cooperation.

Then the sides discussed the current state of the military and military-technical cooperation, prospects of development of relations in the field of military education, as well as exchanged views on the issues of mutual interest.

General of the Army V.Gerasimov expressed deep gratitude to the leadership of Azerbaijan for the excellent hospitality and organization of bilateral meetings with Supreme Allied Commander Europe (SACEUR), General Curtis Scaparotti in Baku.