About 4,000 servicemen, more than 240 military equipment and over 70 aviation assets will be presented at parade tomorrow

About 4,000 servicemen, more than 240 military equipment and over 70 aviation assets will be presented at parade tomorrow 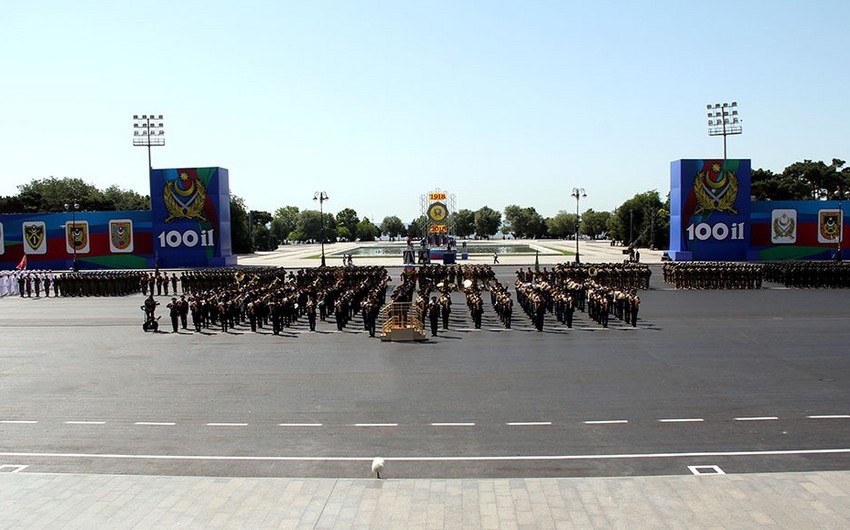 Baku. 25 June. REPORT.AZ/ A military parade dedicated to the 100th anniversary of the Armed Forces of Azerbaijan will be held at the Azadlig Square on June 26.

About 4,000 servicemen from the Ministries of Defense, Internal Affairs, Emergencies, the State Security Service, the State Border Service and the Special State Security Service, as well as the parade staff of the Armed Forces of the Republic of Turkey, will take part in the military parade.More than 240 military equipment, more than 70 aviation assets, including recently adopted new types of armament and equipment of various kinds - armored vehicles, missile and artillery systems, air defense systems, helicopters, unmanned aerial vehicles will be presented at the parade.The parade will also be attended by up to 100 representatives from the Republic of Turkey, the Islamic Republic of Pakistan, the Republic of Belarus, the Kingdom of Bahrain, the United Arab Emirates, Georgia, the Islamic Republic of Iran, Israel, the Republic of Kazakhstan, the Republic of Uzbekistan, the Russian Federation, the Kingdom of Saudi Arabia and Ukraine.