The aftermath of the ballistic missile attack on Azerbaijan’s Ganja city was the hardest memory when covering the events of the Second Karabakh War, Russian war photographer Mikhail Voskresensky told Report.

“When we learned about the beginning of the active phase of the conflict, at the end of September, a decision was made that we had to go right away and cover the events taking place there,” he said. “On September 29, I was already in Baku. Almost immediately we went to the Tartar district. The Azerbaijani side received us very well, and provided all conditions for work both in Baku and the districts.”

Voskresensky noted that for security reasons, the possibilities for filming in combat conditions were limited, but he was able to capture the consequences of the Armenian strikes on Azerbaijani cities.

“Having visited many areas, I can say that the hardest impressions for me were in Ganja after the missile strike... We got there two hours after the strike, it was at night. Having arrived there, we saw that work was underway to search for the dead. I managed to take photos of several bodies that rescuers and soldiers were extracting from the rubble,” he said.

“It was very hard to watch civilians looking for their loved ones and relatives who died under the rubble, not accepting the fact of their death. People tried to disassemble those rubbles with their bare hands,” the photographer added.

Voskresensky covered the events of the 44-day Patriotic War and today he shared his experience of covering events in hotspots of the world as part of the training at the Sputnik Azerbaijan Multimedia Press Center.

Photos taken by Voskresensky were published in the world’s leading media, and were repeatedly included in the selection of the best photos of the week and month. 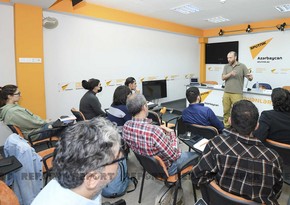 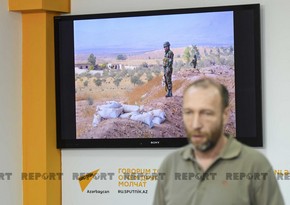 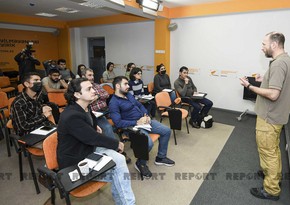 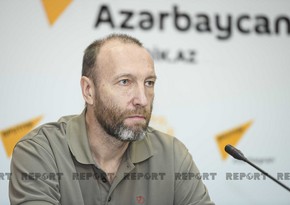