Sputnik Vice-editor: Azerbaijan is making right steps in terms of building its image abroad Andrei Blagodyrenko: "In the ranking of the capitals of the CIS after Moscow, I would put Baku first" 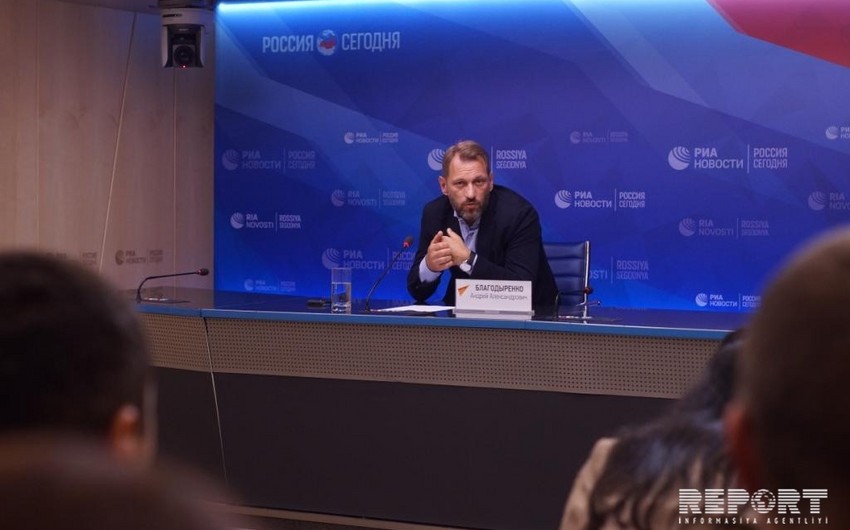 Moscow. 11 September. REPORT.AZ/ "In the ranking of CIS capitals I would put Baku in first place after Moscow. This is a super beautiful city, where funds are allocated for the development of infrastructure”.

Report informs, deputy editor of the "Sputnik" agency Andrei Blagodyrenko said at a meeting with journalists.

Reminding about his participation in the World Media Conference in Baku in 2016, A. Blagodyrenko said that the country is making right steps in terms of building its image abroad: "If Azerbaijan has the means to do this, why not use it?" Baku hosts Formula-1, various international conferences. Over 300 people attended the World Media Conference. Everybody wrote about it. In this sense, Baku is doing everything right”.