Famous Ukrainian information agency eyes opening bureau in Azerbaijan Ukraine and Azerbaijan are entering a new stage of cooperation in the information sector. 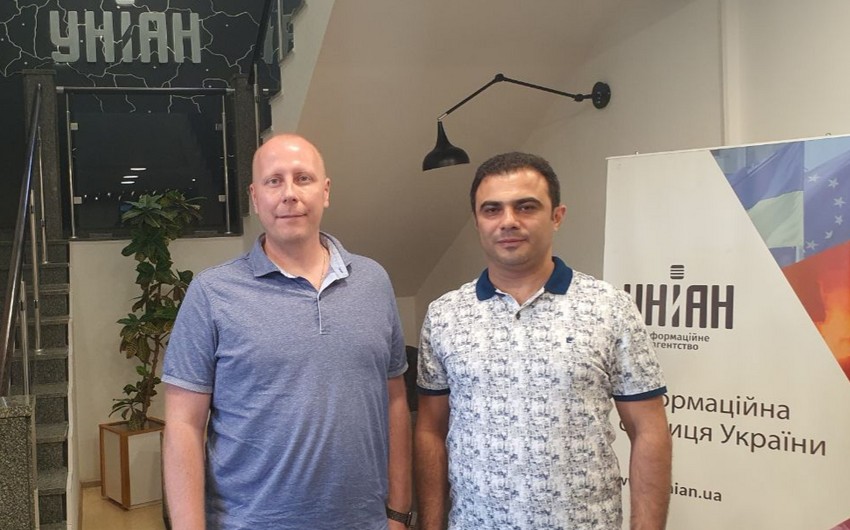 Ukraine and Azerbaijan are entering a new stage of cooperation in the information sector.

The United Diaspora of Azerbaijanis of Ukraine told Report's East European bureau that this was announced in Kyiv at the head office of the well-known Ukrainian media agency UNIAN (Ukrainian Independent News Agency) at a meeting between the head of the agency Mikhail Gannitskiy and the chairman of the United Diaspora, co-chairman of the Rada of Azerbaijanis of Ukraine, Doctor of Law Hikmat Javadov.

During the meeting, Javadov spoke about the activities of the diaspora against the background of the recently increased activity in the information sphere between the two countries, as well as the importance of joint efforts of the media of the two countries in the fight against disinformation.

In this regard, the head of the diaspora noted the relevance of the "Ukrainian-Azerbaijani international media platform," which is planned to be created.