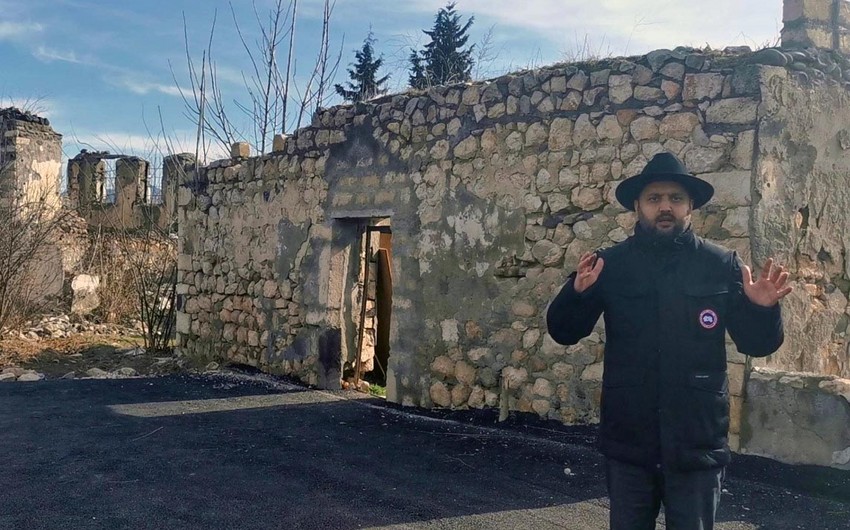 Purim is one of the most important days in the history of the Jewish people. This is the day when Jews miraculously escaped mortal danger 2,500 years ago. This year Purim coincided with the Remembrance Day of the victims of the genocide of Azerbaijanis in Khojaly, director of the Baku Jewish school No. 46, deputy head of the Azerbaijan branch of the Jewish organization Vaad l’Hatzolas Nidchei Yisroel Rabbi Zamir Isayev told the Regional Public Charitable Foundation of Mountain Jews STMEGI, Report informs.

He said that, unfortunately, the innocent victims of the Khojaly tragedy on Feb. 26, 1992, couldn’t escape from the Armenian executioners.

"The brutal murder of 613 innocent children, women, elderly people, unarmed men, of course, was not dictated by any military expediency. It was a well-thought-out plan. The implementation of this plan to kill the inhabitants of Khojaly was dictated, firstly, by the hatred of Armenians towards Azerbaijanis on national grounds," he said.

"Secondly, the aim was to scare the unarmed Azerbaijanis, the civilian population of the territories under occupation, thereby forcing them to leave their lands. By this, the Armenian bandit formations made it easier for themselves to seize even larger territories," he added.

"At the same time, the old dream of the world Armenians was realized - the implementation of the policy of ethnic cleansing against the peoples of the Caucasus to create ‘greater Armenia from sea to sea’ in the future. But time has shown that this is just a dream, a fantasy of Armenian politicians," Isayev noted.

The Jews of Azerbaijan are the same citizens of Azerbaijan, like all representatives of the national minorities living in the country, the rabbi said.

"Besides, during the liberation of the lands from the Armenian occupation during the 44-day war in Karabakh, many servicemen became martyrs. This is our pain too, and this is also taken into account by us. Due to these two facts, the celebration, entertainment events related to Purim won’t be held," Isayev said.