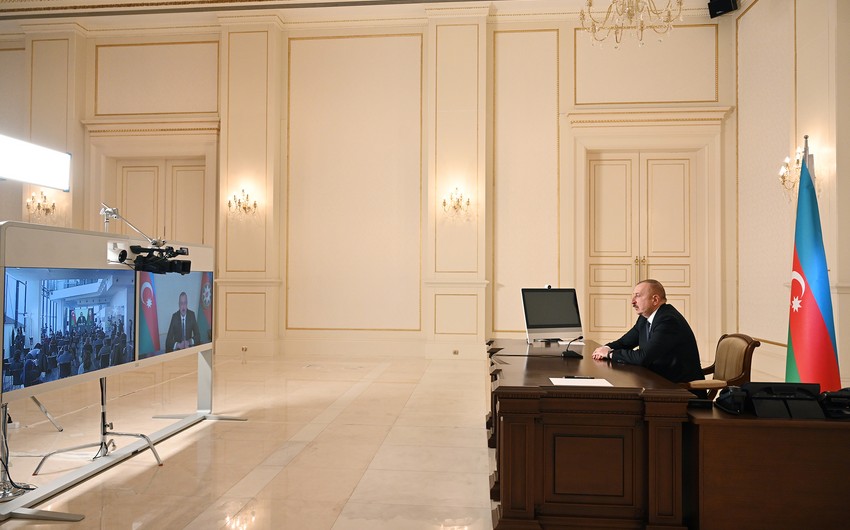 The Spanish-language division of the Xinhua news agency has published an article on Azerbaijani President Ilham Aliyev's press conference for local and foreign media on February 26.

Report informs that the article headlined "President of Azerbaijan: Our Chinese partners are fulfilling their obligations" reads:

On February 26, President of Azerbaijan Ilham Aliyev praised the Chinese partners for fulfilling their obligations on the supply of vaccines against COVID-19 while expressing concern over the apparent inequality in the global distribution of the vaccines.

"Despite all the statements on solidarity and the joint struggle against this scourge, in practice, we see the exact opposite. For example, some countries have received 3-4 times more vaccines than they need. It means that someone will not have enough," the president stated at a press conference.

Ilham Aliyev stressed that Azerbaijan had joined the international COVAX vaccine exchange initiative supported by the World Health Organization from the very beginning.

Noting that the Chinese partners fulfilled their obligations, the president said that the country had not yet received other vaccines. According to Ilham Aliyev, Azerbaijan has not yet received AstraZeneca-Oxford, Pfizer-BioNTech, and Moderna vaccines under the COVAX initiative.

"They do not tell us when we will get them," he added. 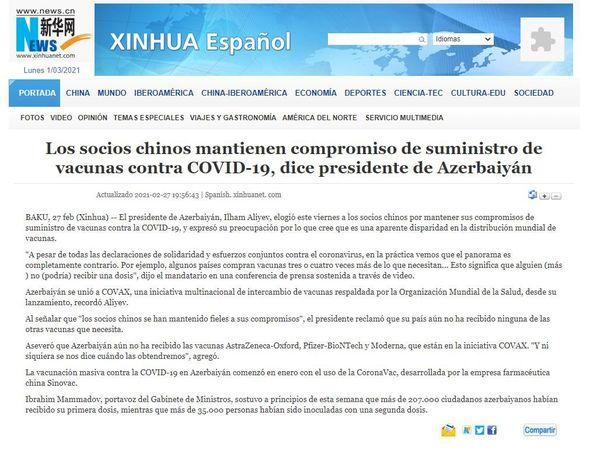