US General: International law is on Azerbaijan's side

US General: International law is on Azerbaijan's side "As a sovereign part of Azerbaijan, a peaceful Nagorno-Karabakh is a critical part of achieving stability in the region."
156 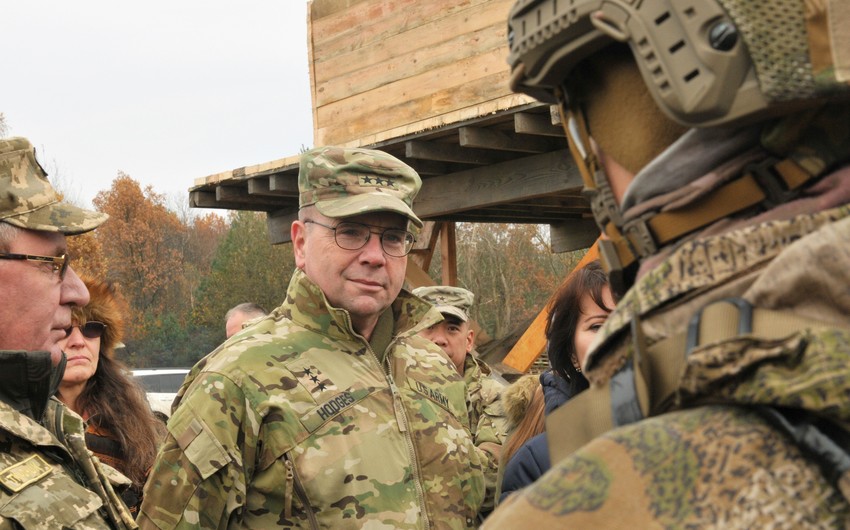 "As a sovereign part of Azerbaijan, a peaceful Nagorno-Karabakh is a critical part of achieving stability in the region."

According to Report's Georgian bureau, Lieutenant General Ben Hodges, a former US military commander in Europe, expressed these views in an article in the EUObserver.

He said that the Azerbaijanis have committed to protecting the safety of Armenian communities in the region, as well as the integrity of their cultural landmarks and artifacts: "We have reason to be hopeful. Today over 30,000 Armenians - excluding the occupied region - already call Azerbaijan home."

Hodges believes the West should help Baku uphold its side of the deal, especially as they have international law on their side.

For the United States and Europe, standing on the sidelines is no longer a viable option: "The Nagorno-Karabakh region, internationally recognized as a part of Azerbaijan, is the only east-west land corridor connecting Europe and Eurasia. As such, it is key to developing the economic potential of the greater Black Sea region, and the West should not drag its feet any longer."