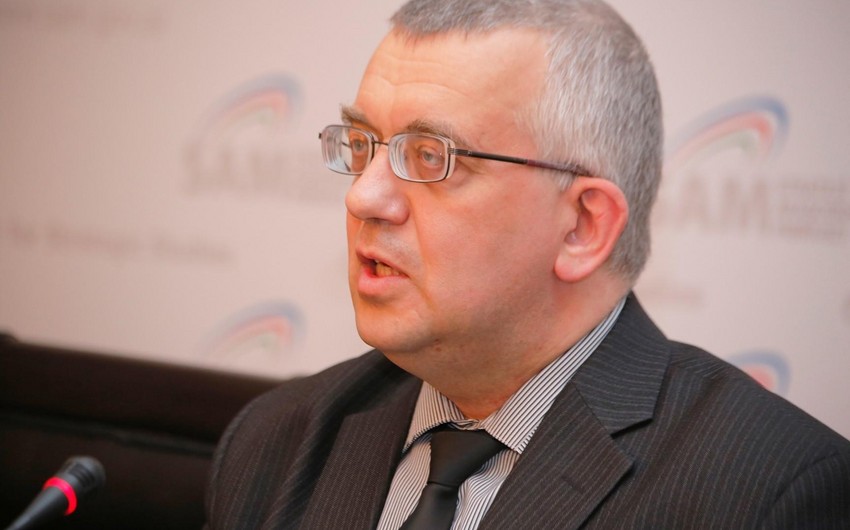 Official Tehran today is irritated and obsessed with a sense of annoyance caused by the loss of control over the 'gray zone' in Karabakh, Russian historian and political scientist Oleg Kuznetsov told Report.

"Iran in its current theocratic incarnation actively manifests itself and has weight in international politics only in those 'gray zones' of the Greater Middle East, where there is no strong statehood and political stability - Iraq, Syria, Lebanon, Yemen - this is perhaps the whole list of points on the political map of the world, where Iranian military-political influence exists. Until recently, this list included Karabakh, but after Azerbaijan defeated the occupation forces of Armenia last fall and restored sovereignty over these lands, these areas were removed from the list of Tehran's backyards, which could not but cause its irritation that we have all witnessed and continue to witness," Kuznetsov said.

The Russian political scientist notes that Iran fully benefitted from the occupied Azerbaijani lands, replenishing its reserves of certain types of ore and mineral minerals and creating an energy sources smuggling network in these lands.

According to him, after Armenia's defeat in the war with Azerbaijan last fall, this entire system of criminal business, carefully created over three decades, which brought multibillion-dollar revenues collapsed almost overnight, inflicting a very serious blow on the resource capabilities of Iranian foreign policy, depriving the affiliated paramilitary groups in various countries of the Middle East and Western Asia of an established source of funding.

"Iran now objectively cannot afford the same level of sponsoring its proxy groups in Syria and Lebanon, and therefore trumpets the presence of the notorious 'Zionists' on the Iranian-Azerbaijani border. It comes not from a desire to annoy Azerbaijan, but from powerlessness to change the situation and because of the impossibility to restore the funding of its ideological satellites in the same volume," the expert said.

Kuznetsov believes that the algorithm of official Tehran's actions is simple and straightforward - to stir up the scandal with Azerbaijan, 'to indirectly shift responsibility through it on hated Israel in disrupting the financing of pro-Iranian groups in the Middle East.'