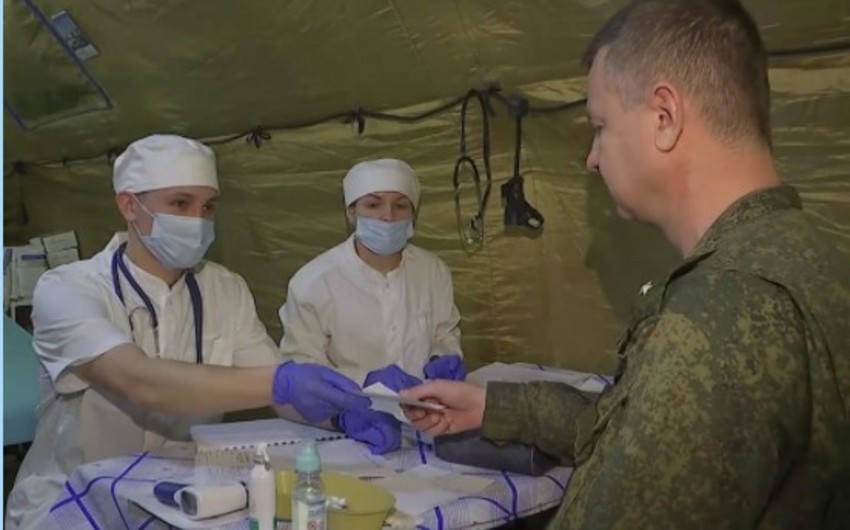 Military medics of the Russian peacekeeping contingent in Azerbaijan’s Nagorno Karabakh region have started vaccination of peacekeepers with the second component of the Sputnik V vaccine, Report informs, referring to the Russian Defense Ministry.

Representatives of the command of the Russian peacekeeping contingent, as well as service members of medical units stationed in Khankendi city, were the first to receive the vaccine. Further, outpatient medical teams will vaccinate the contingent personnel, performing tasks at all 27 observation posts.

In total, about 2,000 doses of the vaccine were delivered to Nagorno-Karabakh. This number is sufficient to cover the entire personnel of the peacekeepers. The vaccine is delivered in special thermal containers, which ensure the safety of the vaccine during transportation.

Following the agreements specified in the joint statement of Russia’s president, the president of Azerbaijan, and the prime minister of Armenia, from 00:00 Moscow time on November 10, 2020, a complete ceasefire in Nagorno-Karabakh was announced.

The peacekeeping contingent of the Russian Federation is deployed to control the ceasefire and military operations in Nagorno-Karabakh.