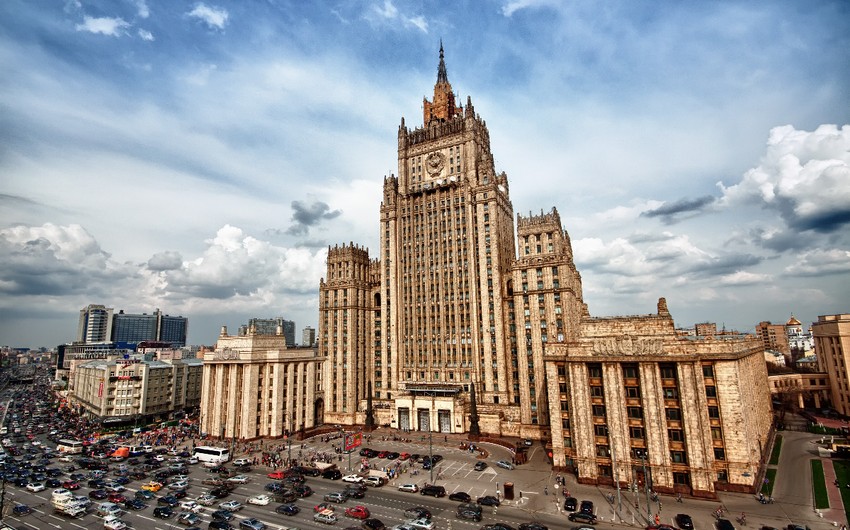 Baku. 29 December. REPORT.AZ/ An important step in the mediation work in the Russian part of the process of the Nagorno-Karabakh conflict has become meeting of the leaders of Armenia and Azerbaijan on August 9 in Sochi, organized by the Russian president, which will significantly reduce the tension in the conflict zone and to clarify the positions of the parties.

Report informs it is said in the Russian Foreign Ministry statement on the major foreign policy events in 2014.The statement notes that in 2014 the Ministry of Foreign Affairs of the Russian Federation to take concerted efforts to resolve the conflicts in the CIS, is active in the Troika (three) of OSCE Minsk Group.During the year the mediators held five meetings with the leaders of Armenia and Azerbaijan, a series of consultations with the foreign ministers of the two countries.

In general, the Foreign Ministry said that the current year was marked by "the accumulation of elements of instability and the growth of the crisis in international relations."