Russian families of Azerbaijan applied to parliament for return to Karabakh 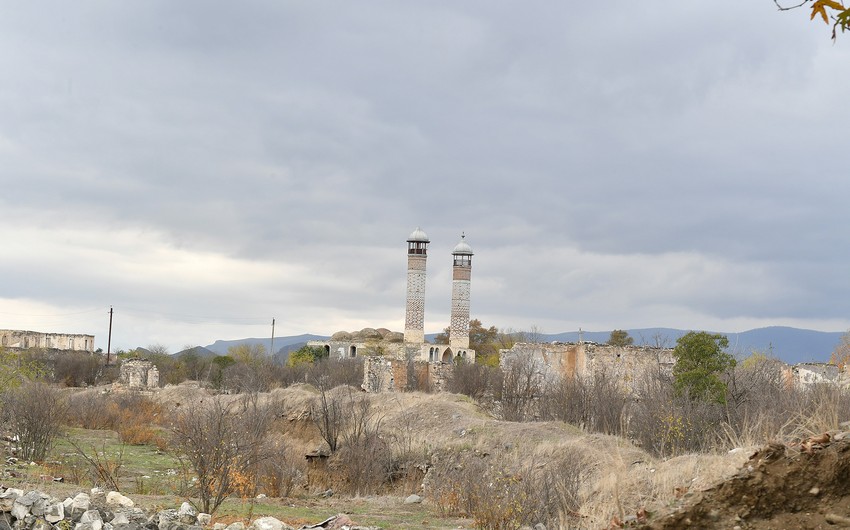 The Milli Mejlis of Azerbaijan has received applications from Russian families who want to return to liberated Karabakh, Report informs, citing MP, chairman of the Russian community Mikhail Zabelin.

He spoke during the Moscow-Baku teleconference on "The first visit of Russian parliamentarians to Nagorno-Karabakh," which took place at the press center of the National News Service news agency.

According to the parliament member, Russian families who wish to return to their homes in the liberated territories in Karabakh have addressed him. Two Molokan families from the Krasnodar Territory, and two families from the Azerbaijani village of Russkiye Borisy, appealed to him with a desire to return to the Terter region, where they had previously lived and were expelled from there by Armenian armed formations. Zabelin noted with regret that this village in the Terter region was completely destroyed during the occupation.

The parliamentarian said that the Azerbaijanis had been waiting for 30 years to return to the Azerbaijani territories seized by the Armenian armed forces. He recalled that hundreds of Russians fought for the liberation of their lands within the Azerbaijani army.

"There were losses among them, and we honor their memory. Our President has repeatedly emphasized that we would like to resolve this protracted conflict by peaceful means. Now the situation in the Nagorno-Karabakh zone is challenging because people want to return, but it is complicated since the demining is underway there. People are dying in the process of demining. Unfortunately, the Armenian side does not provide us with reliable maps of the mining of settlements, cities. This shows that they mined these territories chaotically," Zabelin said.

The Milli Mejlis deputy also pointed out that after the Second Karabakh War, the Armenians, leaving the occupied lands, burned and destroyed houses, many of which once belonged to Azerbaijanis.

"The Armenians destroyed these houses, cut down forests, and took timber from forests. The President of Azerbaijan has repeatedly stated readiness to accept all Armenian refugees who have recently left the territory of Nagorno-Karabakh, and that they will peacefully coexist in these territories together with the Azerbaijani population. Unfortunately, the Armenian side declares that they are not ready for this," the parliamentarian said.

Touching upon some aggressive statements about revanchism made by some Armenian politicians, the deputy noted Russia's role in eradicating such tendencies.