Peter Tase: Attacks by Armenian armed forces can only be compared with those undertaken by IS in Syria

Peter Tase: Attacks by Armenian armed forces can only be compared with those undertaken by IS in Syria Every time Armenia attempts to divert attention of domestic public by further violating International Laws
305 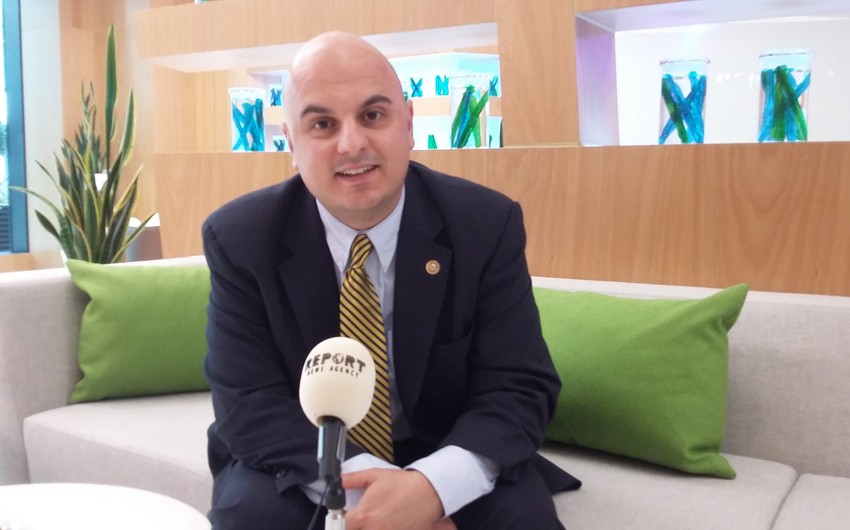 Baku. 5 May. REPORT.AZ/ Armenia has violated the ceasefire on innumerable occasions since 1994 and the escalations of violence in April 2016, by the Armed Forces of Armenia against the innocent civilians of Azerbaijan are not a surprise.

"It is a fact that Armenia is ruled by a puppet government that does not have a foreign policy, solid public institutions while it is engulfed by corruption, unemployment and nepotism scandals that are on the rise. The government of Serzh Sargsyan is totally ruined by corruption, a high level of unpopularity and the Armenian people are struggling every day with: unemployment, poverty and lack of democratic institutions; as a consequence Armenia is becoming a failed state. Every time that the Armenian Government faces a great level of unpopularity within its own constituents, Yerevan attempts to divert the attention of domestic public by further violating International Laws, constantly ignoring the Four UN Security Council Resolutions, and continue with its attacks with heavy weapons and ammunitions in the sovereign territories of Azerbaijan, and as a consequence killing innocent civilians, destroy cultural and archeological sites; while massacring historical treasures on the Azerbaijani land." - P. Tase added.

US analyst stressed that, Yerevan does not make any sense; it is clear that Armenia’s Foreign Policy and Defense Posture is drafted somewhere else: from Moscow to Paris and from Brussels to Washington.

The statements that are issued by the Armenian Foreign Ministry are very confusing and demonstrate once again Sargsyan's unwillingness to bring this conflict to an end by peaceful means.

The interference of Russia in this conflict and the fact that Russia is recently taking a central role and pressuring Armenia to take certain steps adds more fuel to the fire. It brings more destruction and a grim future to the Nagorno-Karabakh Conflict.

"I think nothing will change until Armenia retreats, withdraws all of its soldiers, from occupied lands of Azerbaijan. For now it is pure talk and no action, except armed attacks undertaken by Armenia’s Barbarian Soldiers, against Azerbaijani Civilians and against world peace and stability; such attacks can only be compared with those undertaken by the Islamic State in Syria" - Tase said.