National Geographic: Agdam in ruins after 30 years of Armenian occupation 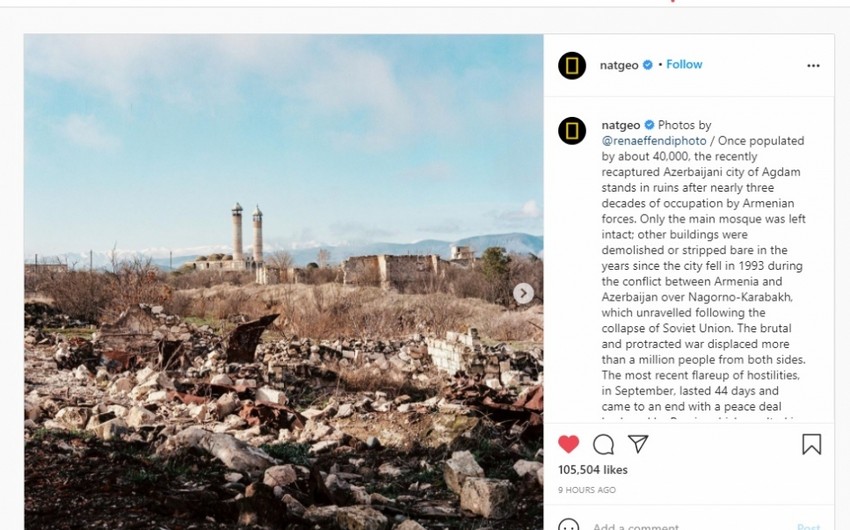 National Geographic has published a post on its Instagram page about Azerbaijan’s Agdam district destroyed by the Armenian forces, Report informs.

The post features photos of the city destroyed during the 30-year occupation by the Armenian Armed Forces.

"Once populated by about 40,000, the recently recaptured Azerbaijani city of Agdam stands in ruins after nearly three decades of occupation by Armenian forces. Only the main mosque was left intact; other buildings were demolished or stripped bare in the years since the city fell in 1993 during the conflict between Armenia and Azerbaijan over Nagorno-Karabakh," reads the post.