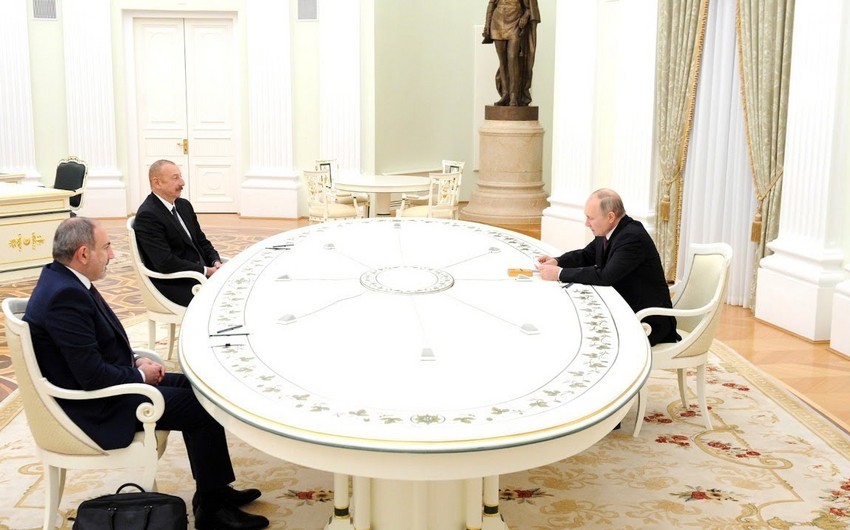 It is expected that “the documents, which are almost ready, will be signed by Azerbaijani President Ilham Aliyev and Armenian Prime Minister Nikol Pashinyan with the mediation and participation of Russian President Vladimir Putin, if no unexpected situations arise at the last moment.”

The first document concerns the delimitation and demarcation of the state border between the two countries, according to which Yerevan and Baku recognize the borders and territorial integrity of each other, based on the maps of the General Staff of the USSR Ministry of Defense of the 1920s.

The second document concerns the unblocking of communications in the region, in particular the details of the creation of corridor roads, including the establishment of communication between Azerbaijan and its Nakhchivan Autonomous Republic.

November 9 wasn’t chosen by chance. On this day in 2020, the president of Azerbaijan and the prime minister of Armenia, through the mediation of the president of Russia, signed a trilateral statement on the cessation of hostilities.