​Kristian Vigenin: There's a need to increase parliamentary exchanges for Nagorno-Karabakh peace resolution "On the parliamentary level, I plan to continue working with parliamentarians from the region and beyond" 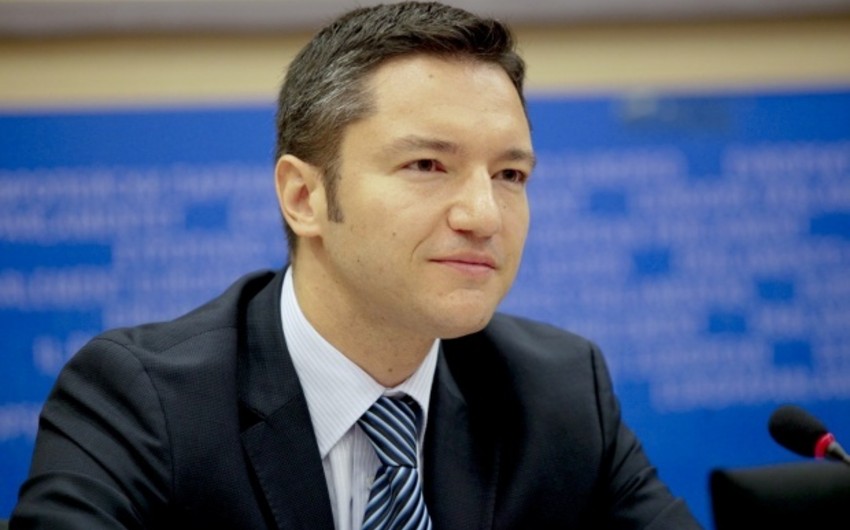 Baku. 28 May. REPORT.AZ/ There is a need for increased parliamentary communication in favour of efforts for a peaceful solution to the Nagorno-Karabakh conflict.

“It is time to replace the status quo, which continues to have unacceptable human consequences, with efforts that can finally bring peace to this troubled region,” said the Special Representative.

“The recent agreements on finalizing an OSCE investigative mechanism and expanding the OSCE presence in the Nagorno-Karabakh conflict zone are important positive steps. In both Azerbaijan and Armenia.

I have urged authorities to build on these developments in the near future. On the parliamentary level, I plan to continue working with parliamentarians from the region and beyond to increase broad-based political will in favour of a comprehensive settlement,” continued Vigenin.

The Special Representative reiterated that there is no military solution to the conflict, calling on all sides to stop aggressive rhetoric and to make space for more constructive efforts for peace. He also expressed support for the Minsk Process.

“The Minsk Group and its Co-Chairs have my full support in their efforts to facilitate a peaceful solution. To support the official efforts, in the coming weeks I will propose some concrete ideas to my colleagues for further communication and exchanges at the parliamentary level,” said Vigenin, noting that the OSCE PA Annual Session in Tbilisi, 1-5 July would serve as an opportunity for initial discussions.

In Baku, the Special Representative met with the President of Azerbaijan Ilham Aliyev, Speaker of the Parliament of Azerbaijan Ogtay Asadov, Minister for Foreign Affairs Elmar Mammadyarov, and members of the Azerbaijani delegation to the OSCE PA.