Japanese ambassador: I was deeply impressed by witnessing the reality of Agdam 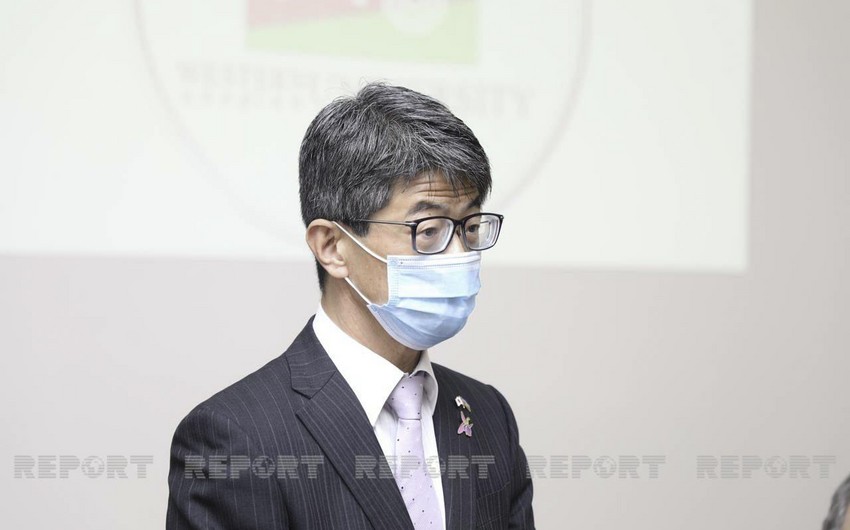 "I was deeply impressed by witnessing the reality of Agdam and listening to the stories and memories of local people in Agdam," Japanese Ambassador to Azerbaijan Junichi Wada said, commenting on his impressions of the visit to the Agdam region liberated from Armenian occupation.

Report informs that the ambassador traveled to Agdam as part of the visit of the foreign diplomatic mission accredited in Azerbaijan and Turkey.

He thanked Azerbaijan for the organization of the trip.

"Now Agdam is experiencing dynamic change after the war, and huge reconstruction projects have just begun. I believe that in the near future, Agdam will be the center for peace and co-existence just like Hiroshima," the diplomat said.

Commenting on whether or not the Japanese companies are ready to restore the infrastructure in the Azerbaijani regions liberated from the occupation, the ambassador noted that "the reconstruction process requires a lot of types of technologies such as green energy, so I hope that Japanese companies will be able to contribute to the process in this aspect."